Jaylun Sanders, 21, and Kameron Abram, 20, both from Chicago, were arrested Thursday night near the site of the shooting, according to police.

The shooting happened around 10:40 p.m. local time in the 800 block of North State Street, according to Chicago police spokesman Tom Ahern. The location is blocks away from Michigan Avenue, the city’s famous shopping district known as the Magnificent Mile.

The shooting resulted from a fight that escalated between two groups of people near a McDonald’s, police said. The McDonald’s restaurant was heavily damaged and had several of its windows shot out in the shooting, according to video obtained by Fox 32 Chicago.

Antonio Wade, 30, was killed in the shooting, as well as a 31-year-old man who has not been identified, according to police and the Cook County medical examiner’s office. 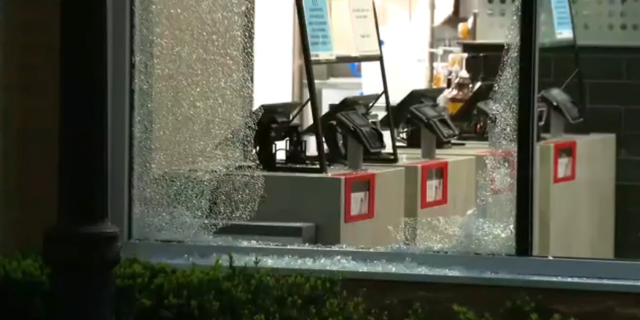 Three people were taken from the scene to nearby hospitals, and four others later showed up on their own at Northwestern Memorial Hospital.

The police district where the McDonald’s is located has had the most homicides in 17 years and the most shootings since at least 2010, according to the Chicago Sun-Times.

The Thursday shooting came about a week after a 16-year-old boy was shot and killed near Chicago’s iconic “Bean” sculpture in Millennium Park, which led to a 17-year-old boy being charged with murder. Democratic Mayor Lori Lightfoot has since imposed a curfew for minors as violence continues to rise in the city.