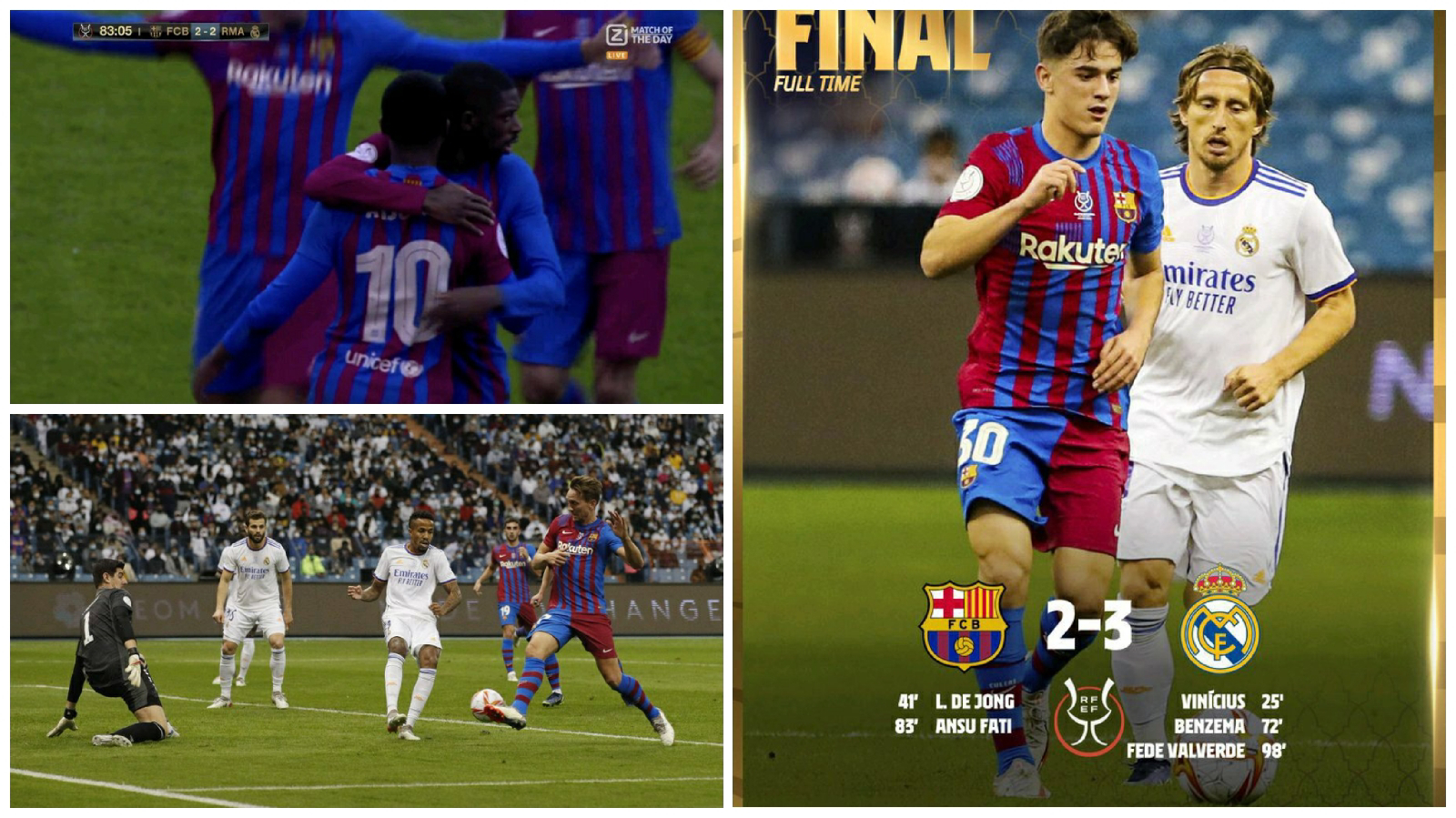 The El Clasico game between Barcelona and Real Madrid is always one of the greatest sporting events in the world, and the two teams faced each again today in the Semi-finals of the Spanish Super Cup. The game ended with Real Madrid beating Barcelona by a 3-2 scoreline. Below are the eight things that happened during the game.

1. Both Real Madrid and Barcelona name a strong line-up for the game.

Barcelona and Real Madrid both named a very strong line-up for this important El Classico game. Barcelona had the likes of Dembele, Dani Alves, Frenkie De Jong and the new signing, Ferran Torres all starting. On the side of Real Madrid, they had players like Kroos, Modric, Benzema, Vinicius and others, all named in the line-up. Real Madrid's Vinicius Junior scored the first goal of the in the 25th minute to give them the lead over Barcelona. He collected a pass from Benzema, and immediately fired an unstoppable shot into the roof of the net without any hesitation.

3. Courtois makes an astonishing save to deny Luuk De Jong.

In the 31st minute, Barcelona had a very good chance to equalise, when Luuk De Jong got to the end of a cross and directed a header towards the bottom right corner, but Courtois showed his ability by producing an astonishing save to deny him. Just before the half-time whistle, Barcelona got the equalizer that they much needed, before heading into the break courtesy of Luuk De Jong. De Jong pounced on a loose ball inside the penalty area, and unleashed a weak shot which was precise enough to go into the bottom of the left post to make the score 1-1. He got a pass from Carvajal, and all he had to do was just tap the ball into the empty net. Ansu Fati who was brought in the second half made a fine impression by scoring Barcelona's second equaliser of the night. Fati had to jump to steer a close range header into the net after Alba fed him with a perfect lofted pass.

7. The match goes into extra time.

After the end of the normal 90minutes, and with the game tied on a 2-2 scoreline, the match had to go into extra time in order to decide the winner.

8. Valverde score the winning goal to make the score 3-2 for Real Madrid in extratime. Some minutes after the start of the extratime, Real Madrid scored their 3rd goal of the match thanks to Valverde who tapped the ball in into the empty net.

With this win, Real Madrid will be heading into the Spanish Super Cup final. What do you have to say about this match?