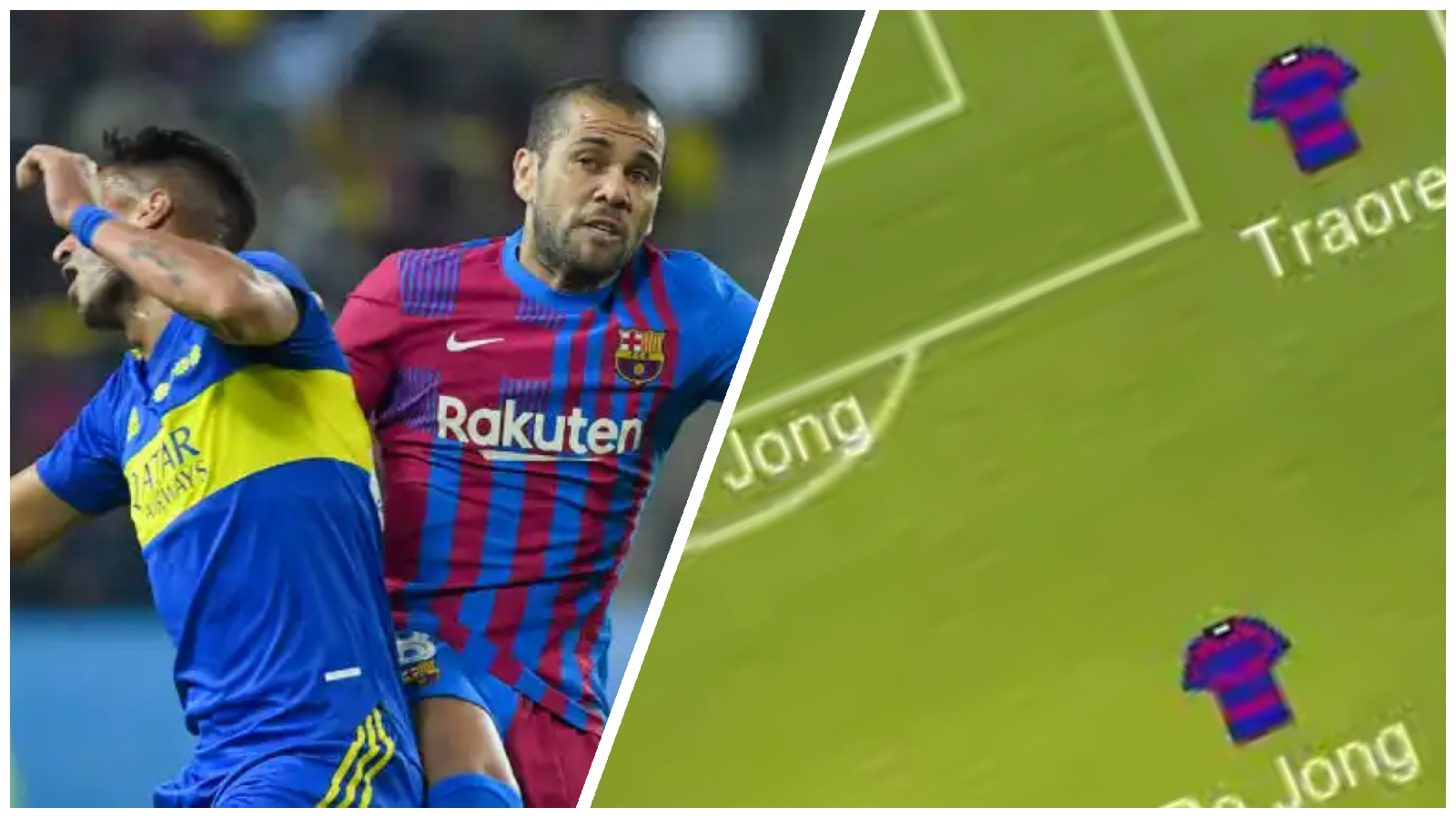 Barcelona will be back in La Liga action on Sunday when they host defending champions Atletico Madrid at Camp Nou.

The Blaugrana signed off for the international break with a 1-0 win over Alaves, thanks to an 87th-minute strike from Frenkie de Jong. The win at Alaves took Xavi Hernandez’s side to fifth in the La Liga table, just a point behind fourth-placed Atletico Madrid.

This makes Sunday’s clash at Camp Nou even more mouthwatering, with both sides desperate for all three points.

Barcelona have suffered a blow ahead of the big clash with Atletico Madrid as young full-back Alejandro Balde has joined the casualty list, which includes Ansu Fati and Memphis Depay. Balde is nursing a right ankle injury and could be out for upto six weeks.

Dani Alves, Sergino Dest and Ronald Araujo were missing from the team training on Tuesday as they were still away on international duty.

Meanwhile, following the loan capture of Adama Traore from Wolves, Barcelona confirmed the signing of Pierre-Emerick Aubameyang on a free transfer from Arsenal on Wednesday. Both Traore and Aubameyang have started training with the squad and are available to face Atletico Madrid.

Despite a massive dip in form in the last 12-15 months, Marc-Andre ter Stegen remains Barcelona’s undisputed no.1. He will start in goal again for Xavi’s side, hoping to make it two clean sheets in a row.

Ronald Araujo and Gerard Pique are Xavi’s first-choice centre-backs when everyone is fit. Both Pique and Araujo will face the huge task of keeping their former teammate—Luis Suarez—at bay on Sunday. Jordi Alba is an important component in the Barcelona lineup and he will keep his place at left-back. 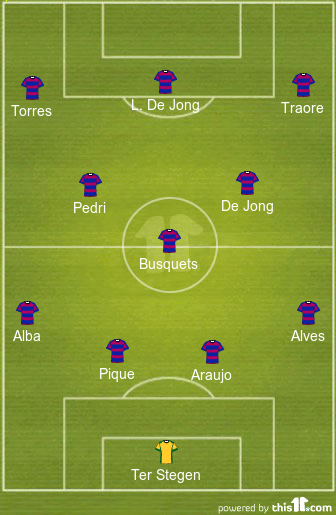 Meanwhile, Dani Alves could get the nod ahead of Sergino Dest at right-back purely due to his experience and defensive nous.

Xavi could retain the midfield three of Sergio Busquets, Frenkie de Jong and Pedri that started against Alaves in the last game. Busquets will stick to his job of controlling the tempo of the game, with Pedri and De Jong tasked with distributing the play and initiating moves from midfield. They will look to dominate possession from the onset against a struggling Atletico Madrid side.

Ferran Torres has made an instant impact since joining from Manchester City in January. He should keep his place in the Barcelona attack. With Memphis Depay injured, Luuk de Jong will continue leading the Barcelona lineup.

Off the right, Xavi could decide to unleash Adama Traore in front of the Camp Nou faithful, as Barcelona eye three crucial points against Diego Simeone’s side.