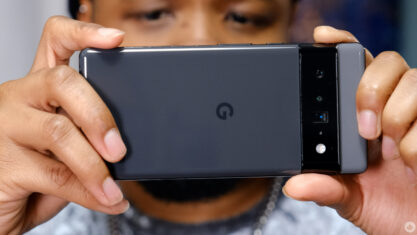 While previous leaks indicated that Google was cancelling its foldable project, it looks like that isn't the case after all.

That's because 9to5Google looked into some animations found in Android 12L Beta 2 update, and some showcased a SIM card going into the device. It looks to have its volume rocker on the handset's right side, even when unfolded. This is similar to the Z Fold 3 that also features a volume rocker on its right side.

The SIM card tray is placed on the bottom left side of the device when unfolded. This is similar to Oppo's newly unveiled Find N.

9to5Google did some measurements and says it believes that the Pixel Fold will sport a 7:8 aspect ratio if the phone still has the rumoured 7.6-inch display.

A previous rumour indicated that Google cancelled its foldable phone due to competition with the Z Fold 3. However, with a different form factor that's reportedly more suitable for multitasking and app usage, Google might have an edge over the South Korean phone makers.