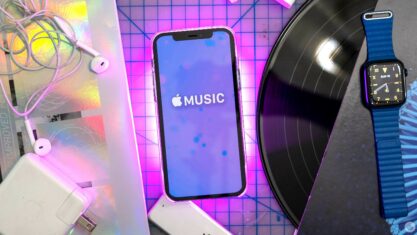 Apple Music is taking advantage of rockstar Neil Young's rift with Spotify by promoting his songs on its app.

Spotify confirmed it was removing Young's songs from the streaming service earlier this week after the rockstar shared an open letter stating he doesn't want his music shared on the same platform as Joe Rogan's podcast.

The Rogan Experience is the most popular podcast on the platform, but it also boasts misinformation on a number of important issues, including the COVID vaccine.

“Spotify has a responsibility to mitigate the spread of misinformation on its platform, though the company presently has no misinformation policy,” Young wrote in his original letter.

In a recent tweet, Apple Music says it's now the "home of Neil Young."

On January 27th, just one day after Spotify pulled the songs, Apple Music highlighted the musician's catalogue with the header "We Love Neil." It was prominently placed under the apps "browse" section.

Apple isn't the only one to take advantage.

On the same day Apple Music showed its love, SiriusXM Canada released a press release stating the return of Neil Young Radio. The channel featured the show on a limited basis back in December, focusing on Young's music and stories. The now renewed show will feature rare insights from Young himself and every song from his latest album.

60 percent of Young's music was listened to on Spotify and in his letter, he acknowledged the impact of his actions. But it seems like Spotify's loss is to Young's benefit as other platforms are more than willing to feature his work.