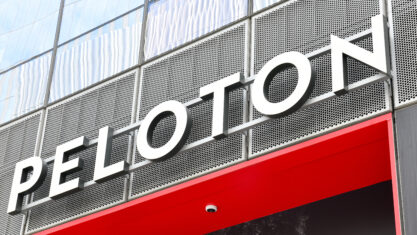 A recent report from CNBC on Peloton's manufacturing rate helped plummet the company's stalk by 24 percent in a single day.

The American media outlet reported the exercise bike manufacturer was temporarily halting production of its fitness products because of a drop in consumer demand.

Internal documents revealed Bike productions will be paused in February and March. Production of Bike+ was paused back in December and will stay so until June. The Tread treadmill won't be manufactured for six weeks beginning in February. Production of Tread+ was previously halted and likely won't resume this year.

This fueled ongoing rumours. Insider reported the company is planning to lay off 41 percent of its staff in its sales and marketing departments.

Once noted as the darling of exercise equipment, the company is now struggling. CNBC notes the company overestimated how many people would be buying its products after a jump in sales from at-home workouts during the pandemic.

Now many are saying the only way to save the company is if Apple buys it. Financial advice company The Motley Fool reports Apple has the cash to spare and "wants to be a force in health and wellness." However, the article also notes a possible acquisition would "benefit Peloton far more than it would Apple," given Peloton's smaller "market opportunity."

Peloton CEO John Foley has denied that production was slowing production and information reported on by the media was "incomplete and out of context."

"Rumors that we are halting all production of bikes and Treads are false," Foley wrote in a letter of response.

However, he did acknowledge layoffs may soon be on the horizon.

"We now need to evaluate our structure and size of our team, with the utmost care and compassion. And we are still in the process of considering all options as part of our efforts to make our business more flexible," he wrote.