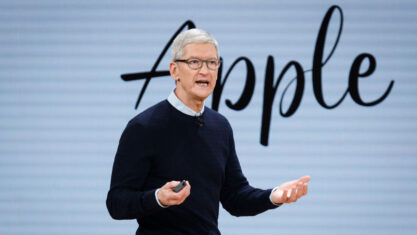 MacRumors reports this number doesn't include the $750 million in shares Cook took on as part of a ten-year package when he became CEO.

The increase in pay is reflective of Apple's general success over the last year. When stock markets opened for the first time this year, Apple became the most valuable company in the world when it was (momentarily) valued at $3 trillion USD.

But this success wasn't reflected throughout the company. As The Verge reports, Apple employees were vocal about a number of issues last year, including transparency on pay equity. Employees also launched a website to share statements on alleged mistreatment they faced at the company.

The statement further goes on to say the median compensation for employees in 2021 was $68,254 (roughly $86,000 CAD). This includes base salary, bonuses, and commissions. The compensation ratio between Cook and employees is 1,447 to 1.

Source: Apple Via: MacRumors, The Verge