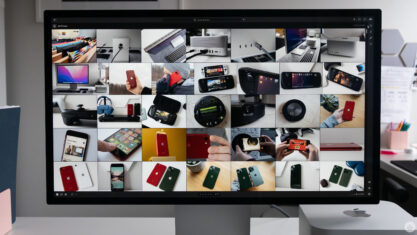 Apple's new Studio Display features 64Gb of internal storage, but only uses a total of 2GB, according to developer Khaos Tian (via MacRumors).

It's unclear what the purpose of the additional storage is, but it's likely tied to future firmware updates, hinting that Apple could have more plans for the Studio Display's built-in A13 chip.

Apple's A13 Bionic Chip is also featured in its 2019 iPhone 11 series, 2nd-gen iPhone SE and 9th-gen iPad. All three devices only feature a storage configuration as low as 64GB, so there's a possibility the Studio Displays 64GB of internal storage could be tied to the chip's architecture.

Apple's Studio Display has received a lukewarm reception from most critics. While the display itself features the sleek, brushed metal design the tech giant is known for, early reports indicate issues with its built-in 12-megapixel ultra-wide camera. Apple says it plans to fix this issue through an upcoming Studio Display software update.

I found the 5K Studio Display to be a decent monitor, though I’m disappointed it doesn’t support a 120Hz refresh rate at lower resolutions.

For more on Apple’s Studio Display and Mac Studio, check out my in-depth story about both devices.