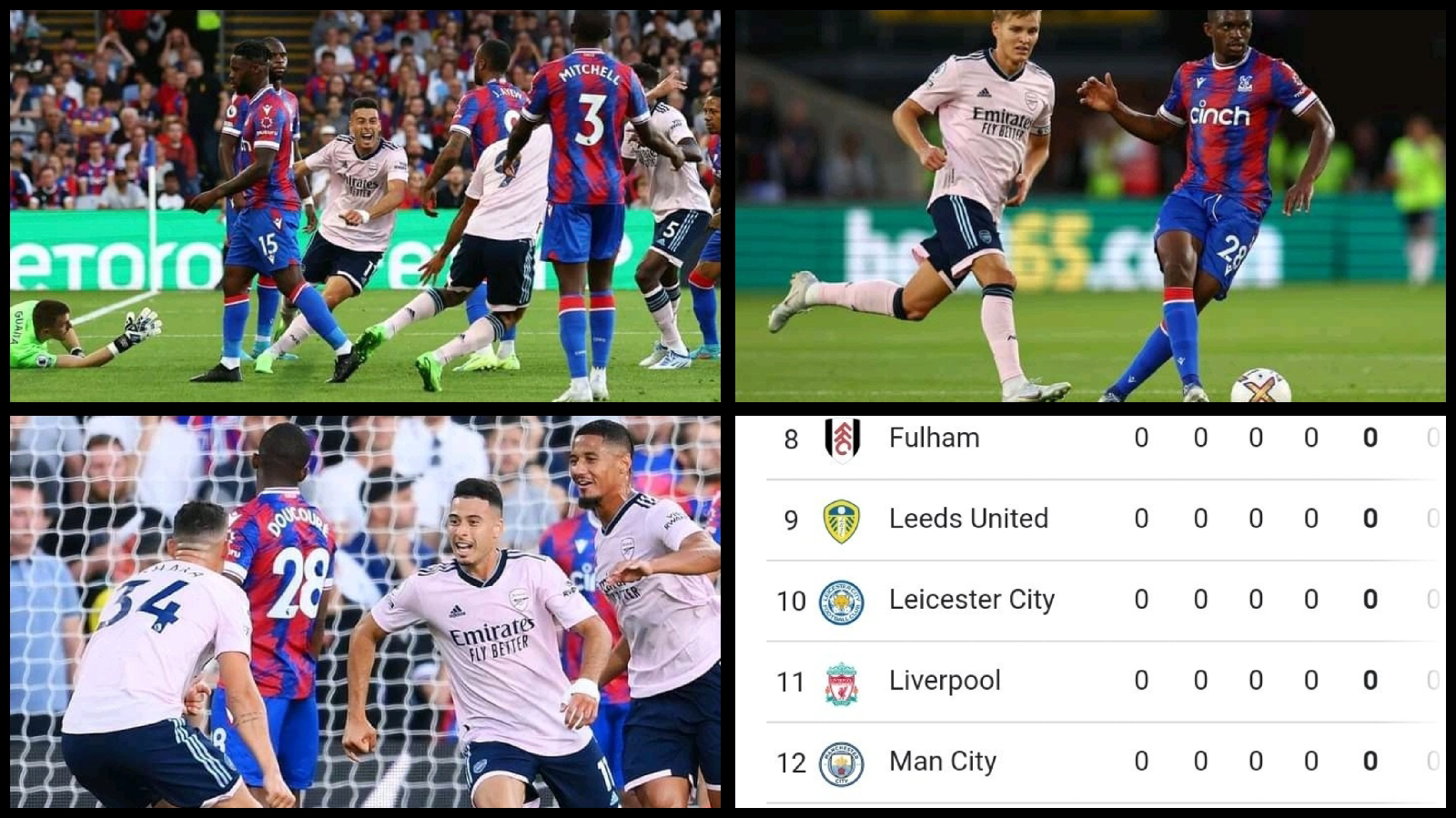 After having an impressive run during their preseason campaign, Mikel Arteta's Arsenal were looking to start on a bright note when they took on Crystal Palace in their first game of the new season.

As expected, Arsenal started the first half of the game on a very impressive note and could have taken an early lead in the 4th minutes, if only Martinelli had converted his chance. After pressing Crystal Palace for a while, they finally got the goal they truly deserved from a well worked corner kick in the 20th minute. Saka's looping deep cross was headed back into the box before Martinelli nod it into the bottom corner to give Arsenal the lead. Despite putting in pressure and finally getting into the game in the final ten minutes of the first half, Crystal Palace couldn't get a goal back as it ended 1-0 in Arsenal's favour. Unlike the first half, Crystal Palace started the second half impressively, hoping to find a way back into the game. They weren't able to break down the Arsenal defence and in the 85th minute, they scored an own goal to give Arsenal a well deserved 2-0 victory.