Ed Sheeran teams up with The Pokémon Company on ‘Celestial’ song 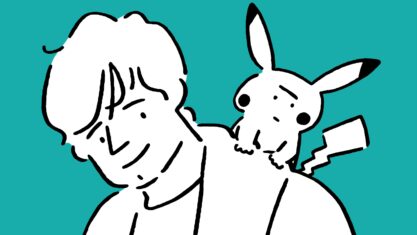 Ed Sheeran has partnered with The Pokémon Company to release a new song inspired by the massively popular monster-catching franchise.

On Twitter, the Grammy-winning singer-songwriter confirmed that a new Pokémon-themed single, "Celestial," will drop on September 29th. When Sheeran collaborated with The Pokémon Company last year on a special Pokémon Go performance, it was focused on existing, non-Pokémon-related songs. "Celestial," however, directly leans into Sheeran's love of the series.

He briefly teased "Celestial" earlier this week in a social media video offering a glimpse at his large Pokémon plushie collection. He also got a Squirtle tattoo in celebration of the song. As one Twitter user pointed out, Sheeran has even been publicly professing his love for Pokémon since at least 2011 when he described Pokémon Black as "wicked."

It's unclear exactly how Pokémon will factor into the song, but Sheeran did share a doodle of himself with a Pikachu on his shoulder in his tweet. Presumably, the music video will feature Pokémon visuals and other inspired flourishes, which is what we saw in previous Pokémon collab songs from the likes of Katy Perry and Post Malone.

Outside of Sheeran's upcoming single, The Pokémon Company is gearing up for Pokémon Scarlet and Violet, which will launch on the Nintendo Switch on November 18th, 2022.