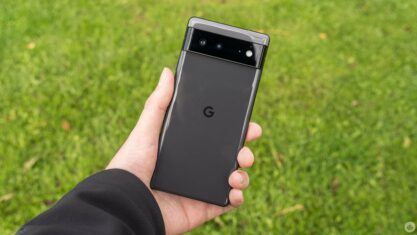 Google's Pixel December Security Update dropped on December 13th and was swiftly removed due to an issue related to dropped calls and disconnections.

The update -- along with the January update -- was then redistributed on January 14th and seems to have caused no issues. While the January update rolled out for the Pixel 3a to Pixel 5a devices on time, due to the December update lagging behind, Pixel 6 and 6 Pro users had to wait a little longer.

Well, the backlog has now been cleared and according to 9to5Google, Google's latest flagships can now expect to receive the February update on the same day as other Pixel devices.

The information was also revealed in Fido's community page where a community manager shared an "OS Upgrade Schedule" that shows that the Pixel 6/6 Pro will receive the February update on Monday, February 7th on the same day as the rest of the Pixel lineup.

Since Fido is a Canadian carrier, it's likely that the update will arrive on February 7th across all carriers. That said, the date might be different for the rest of the world.