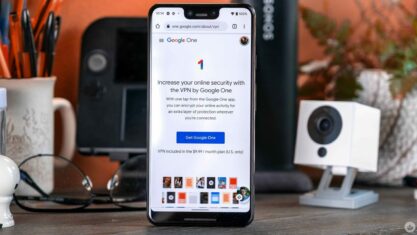 Google's One VPN service is now accessible on iPhone and iPad, after being available exclusively to Android users for over a year.

One VPN, which is currently only available with Google's One's "Premium" 2TB plan, gives the user access to an additional 2TB of Drive and Photos storage,  10 percent back in store credits when you spend money in the Google Store, extended Google expert support, and more member perks.

While iCloud offers its own 'Private Relay' service that helps protect user privacy when browsing online, Google's One VPN service should be useful for those iOS or iPadOS users who are already paying for Google's cloud storage.

Google's One VPN service is available in 18 countries, including Canada, the United States, Spain, France, Germany and Mexico to name a few.

To access the service on an iPhone or iPad, simply subscribe to Google One's 2TB "Premium" plan and download the Google One app on your device. Once in, log in with your credentials and tap the "Enable VPN" button to toggle the setting on, as seen in the GIF below:

You can share your Google One subscription with up to five members, and everyone will have access to the VPN service, though it's worth noting that the VPN doesn't allow you to change your location, so no unlocking shows on foreign streaming services for now.

Learn more about the service in Google's blog post here.