Gossip: Huge Updates On Ryan's Future As '€15m Bid Offered Plus Add-ons' To Ajax For The Midfielder. - Bliteoc

Gossip: Huge Updates On Ryan's Future As '€15m Bid Offered Plus Add-ons' To Ajax For The Midfielder. 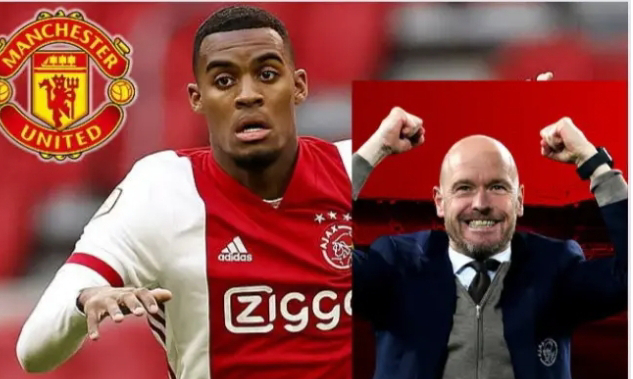 Manchester United have all been pondering on a high possibility of losing Pogba on a free transfer as their Frenchman is running down his contract. After United handed him a new deal but he turned it down as per various reports including the Sunsport. Now red devil's are seeking an alternative to replace a versatile Pogba if he decides to leave in June when a current contract comes to an expiry. However there is more links of an Ajax midfielder to Old Trafford. The young Ryan Gravenberch was been linked to the Manchester United by Sunsport. In a way that if Erik ten Hag was as well appointment as next permanent manager at United he may come with him in the summer. But according to Sunsport via Telesport claim that 19 year old has turned down opportunity to join Premier league side in favor of Bayern Munich. The Germany club has been reported by the transfer guru Fabrizio Romano on his twitter account. That they have made first move "Ryan Gravenberch deal. Bayern official bid is €15m guaranteed plus add-ons. I'm told. Variables could reach €10m in many years - potential €25m total value. Ajax what more, negotiations has just started. Ryan is out of contract in 2023 and won't sign a new deal. "Concluded the Italian.