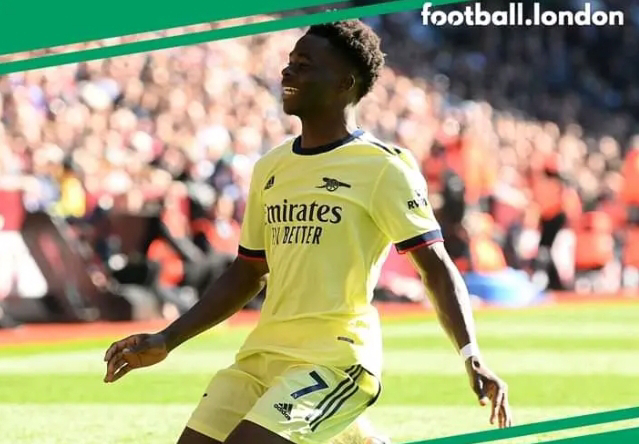 Arsenal's right-winger Bukayo Saka has been putting all his energy and skills at play to enable his team to achieve their goals. The young star has been an important asset for the arsenal lineup and the reason is the hard work seen in the player. He has also become the picture of the club and is seen as the savior of the team. In their last match against Aston Villa, his fantastic goal stood to give arsenal a 0 -1 win to figure their current fourth position. Despite all this, you might wonder how much he's paid. According to Spotrac, the wonder-kid receives £30,000-a-week at Arsenal and is the second-lowest paid player in their first team. Recent reports show a reason for him to smile as talks to renew his contract are set. Now the Gunners are preparing to offer him a new weekly deal worth around £125,000 to end any speculation about a summer move. Liverpool and Manchester city seem to be keen on the boy so Arsenal might consider the deal over losing that young talent.