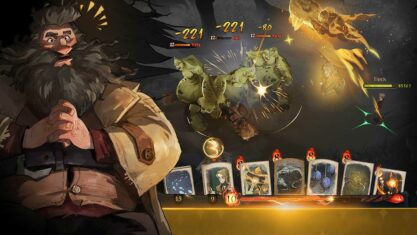 Warner Bros. has confirmed that Harry Potter: Magic Awakened will come to Android and iOS in North America later this year.

In terms of gameplay, Magic Awakened mixes card collecting with an MMORPG framework. Specifically, cards are based on classic Harry Potter spells and can be earned via a "gacha" system. Outside of card-based battles, Magic Awakened will let players create their own Hogwarts student, attend lessons and play Quidditch through a simplified touch-to-dodge system.

Those interested can pre-register on Google Play or the official Magic Awakened website for special in-game rewards. If Magic Awakened doesn't sound up your alley, Hogwarts Legacy, a AAA action-RPG for consoles and PC, is also set to release later this year.