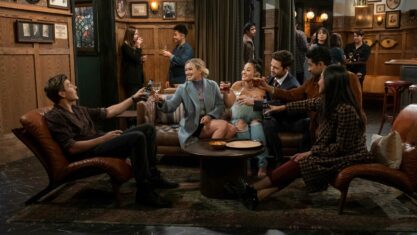 Disney has confirmed that How I Met Your Father will premiere exclusively on Disney+ Canada on March 9th under the service's 'Star' banner.

The first two episodes of the series will be available on that date, with new episodes rolling out every subsequent Wednesday. It's worth noting that the series premiered on Hulu on January 18th, continuing a trend of Disney-owned programs like Reservation Dogs and Solar Opposites Season 2 coming to Disney+ Canada weeks after they debuted in the U.S.

A spin-off of the popular sitcom How I Met Your Mother, How I Met Your Father is about a mother named Sophie who, as the title suggests, tells her son the story of how she met his father. To do that, the series follows Sophie and her close-knit group in the past as they navigate love and life.