1 month ago 55
Liverpool are eyeing a move for PSV winger Cody Gakpo as Jurgen Klopp aims to strengthen his side ahead of the upcoming season.
What’s the news?
That’s according to Dutch outlet Voetbal International (via Liverpool Echo) which states that Liverpool have held talks with the agent of the PSV forward.
Klopp faces competition from both Manchester City and Leeds United and the Eredivisie side are reportedly wanting a fee of £34m for the 23-year-old.
He can be Liverpool’s new Kuyt
This summer has been one of seismic change at Liverpool, with Sadio Mane leaving the side, along with other forwards such as Divock Origi and Takumi Minamino, Klopp needs to bolster his attacking options.
There were rumblings of Mohamed Salah also potentially leaving Anfield, but he recently signed a new contract which will please the manager, but at least one more attacking signing would give the German some comfort.
Gakpo was sensational last season for PSV, scoring 21 goals in 47 appearances in all competitions as they finished just two points behind Ajax in the Eredivisie. They did win the Dutch Cup, however, with Gakpo scoring the winner in a 2-1 victory over Ajax, he could be a perfect fit in Klopp’s side.
Despite being a left-winger, he can play across the front three and this versatility will be a big bonus to Klopp. There are some similarities between the PSV star and former Liverpool cult hero Dirk Kuyt, and there is no reason to believe that the 23-year-old could follow in his footsteps at Anfield by moving from the Netherlands.
They both possess a goalscoring ability from wide positions, whilst also being able to play more centrally if required. Kuyt’s incredible tenacity was loved by the Liverpool faithful and Gakpo can certainly replicate that if he makes a move to England.
The Dutchman was described as a “supreme talent” by Pain in the Arsenal and Klopp could do a lot worse than spend £34m in bringing the highly-rated winger to Liverpool this summer. 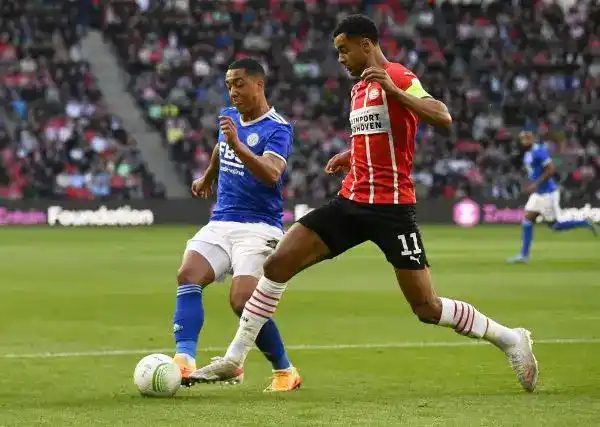