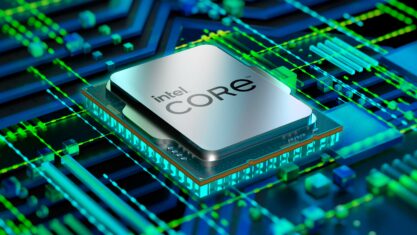 Intel announced that it ordered the first of a new generation of chip-making machines from ASML, a Dutch manufacturer of photolithography systems.

The purchase is Intel's latest move in a larger effort to get back on top of the chip game. Each of the new ASML machines, dubbed 'Twinscan EXE:5200,' cost on average $340 million USD (about $425 million CAD) and should arrive in 2024. It's considered critical to advancing processor progress. One of the main ways chipmakers advance processors is through miniaturization. By shrinking chip circuitry, manufacturers can fit more into processors, enabling them to do more work.

Photolithography, which literally means "writing on stone with light" according to CNET, is core to the process of miniaturizing chip circuitry. Samsung and Taiwan Semiconductor Manufacturing Company (TSMC) have both surpassed Intel in this regard thanks to the use of extreme ultraviolet (EUV) light. The shorter wavelength of EUV allows manufacturers to inscribe finer patterns on silicon wafers.

CNET reports that Intel was late to the EUV game, but the company is now working to correct that. The company expects to start selling its first EUV chips in 2023 with processors based on the 'Intel 4' node -- the company's somewhat confusing new name for its 7nm process.

The new Twinscan EXE:5200 machines are scheduled to be delivered in 2024 for Intel operations beginning in 2025. The machine uses an advanced EUV tool with a high numeric aperture (NA) to inscribe even finer patterns on silicon wafers.

In simpler terms, that means we're still several years out from seeing Intel's more advanced and hopefully more competitive NA EUV process (likely as part of the Intel 18A process slated for 2025). Intel is only just ramping up EUV with Intel 4, which was originally supposed to launch in 2021 but was infamously delayed (and renamed).

With Samsung and TSMC already using EUV for 5nm and even 4nm (with Samsung's new Exynos 2200), there's still a clear gap between the companies. Even though Intel's first in line for NA EUV technology, it's still behind on current EUV. And it's not like either Samsung or TSMC will sit idle and let Intel catch up. The next few years will certainly be interesting in the chip market and I expect competition will heat up as Intel chases the top spot. 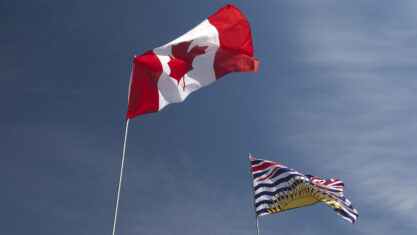 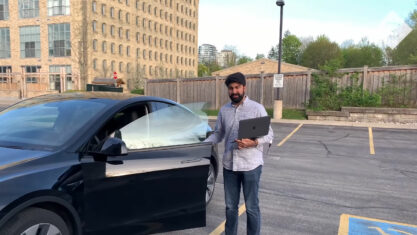 "Annoying" See what Pulisic did that keeps fans talking over...

Daughter Of Sugar Ray Leonard Is Out Here Turning Heads With...