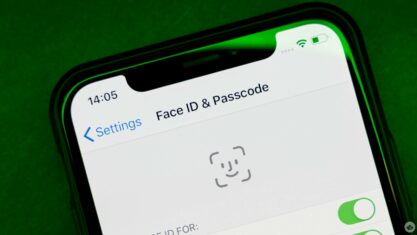 iOS 15.4's latest beta indicates that it will soon be possible to use the iPhone's Face ID unlocking functionality while wearing a face mask.

According to MacRumors, there's a new 'Use Face ID with a Mask' toggle within the Settings app alongside an 'Add Glasses' option. The feature can "recognize the unique features around the eye" to authenticate the user.

Apple says that its Face ID is the "most accurate" when it's set to full-face recognition and that the feature requires an iPhone 12 or iPhone 13 device. It looks like iPhone 11 users are out of luck.

As someone who sometimes wears glasses, I often find my iPhone 13 can't authenticate my face when I'm wearing them, so this feature appeals to me. It would also be great to bypass the Apple Watch authentication feature and return to using Face ID again when I'm wearing a face mask (which is nearly every time I exit my home).

With all of this in mind, a feature appearing in a beta build doesn't mean it will necessarily get a public release. However, considering Apple's past update history, we'll likely see this feature included in the next public release of iOS 15.