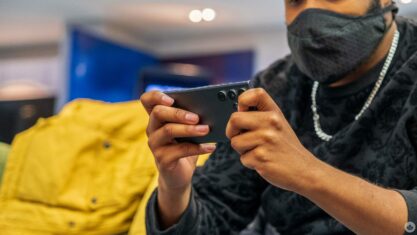 Samsung has revealed it will hold a press event on February 27th, the day before Mobile World Congress (MWC) is set to start (Feb. 28th - March 3rd).

While we usually have a good idea of what the South Korean tech giant plans to reveal at its keynotes, things are more up in the air this time and it's unclear what the company will unveil during the event taking place in Barcelona, Spain.

Samsung already released its Galaxy S22 series and Tab S8 tablets earlier this month, so it's unlikely we'll see any new devices at the event. That said, there's a chance the successor to the Galaxy Watch 4 and a new version of the Galaxy Book Pro could appear. There's also a chance Samsung may use the event to show off some of the more out-there foldable prototypes the company has teased in the past.

Though MWC 2022 and Samsung's event are happening in-person in Barcelona, you can also watch a livestream of the presentation on Samsung's YouTube channel and website at 1pm ET/10am PT.

MobileSyrup will have more on Samsung's MWC 2022 keynote in the coming days.