Ainsley Maitland-Niles will join Roma on loan this month, according to Arsenal manager Mikel Arteta. 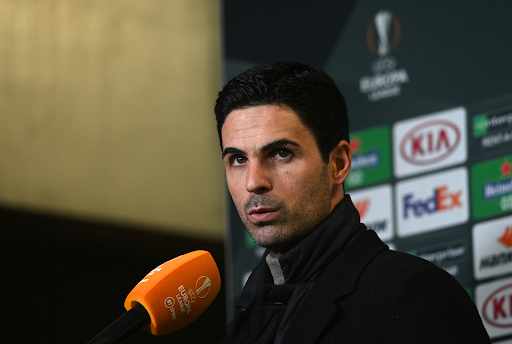 After falling down the pecking order at Arsenal under Mikel Arteta, Maitland-Niles has made no secret of his wish to leave this month in order to receive some playing time, and Roma have expressed interest.

The Giallorossi and the Gunners had been in talks for a buy-back option for some time but were unable to reach a deal, thus the player would be loaned to the capital until the end of the season.

"Ainsley came to me and explained why he thought the best thing for his future was to move away and the chance in Rome and working under Jose (Mourinho) was a wonderful one," the Gunners manager said ahead of Sunday's FA Cup encounter at Nottingham Forest.

"We discussed this in the summer and agreed to reevaluate in December." Given his minutes, he was entitled to that opportunity, so we decided to let him go and wish him the best of luck.

"It's tough to dismiss a guy who has a solid argument, like he did.

Look, Maitland-Niles is a brilliant player who Arsenal fans did not want to see go this transfer window, but he needs to be playing at the end of the day. Roma is a great move for the youngster, and he should get more game time as a result.

He has been brought in as a back-up at the Italian giants, so he will have to wait and work hard for playing time.

Arsenal supporters, on the other hand, will wish him well.