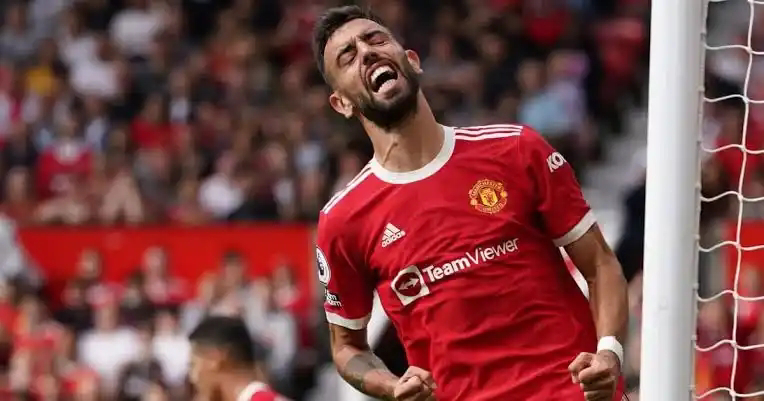 Man United survived a second-half comeback to defeat Leeds United 4-2 and become the first team to win 700 Premier League games. Substitute Fred was the hero.
The visitors appeared to be coasting to three points in Sunday's match at a soggy Elland Road thanks to goals from Harry Maguire and Bruno Fernandes in the first half.
But Leeds' reputation for chaos, along with United's record for revealing a soft centre, came to fruition when Rodrigo and Raphinha scored two goals in the space of 59 seconds to turn the game around.
However, there was a twist in the tale when Fred scored just three minutes after entering the fray to assist the Red Devils clinch a 2-0 victory over their cross-Pennine rivals, with Anthony Elanga's late goal confirming a piece of history.
After a head-on collision with Scott McTominay, which resulted in the Leeds defender being sent off, Robin Koch literally spilt blood.
Before Paul Pogba laid the ball across the face of goal for Cristiano Ronaldo, who scooped a close-range effort straight at Illan Meslier, David de Gea beat an Adam Forshaw stinger.
Meslier kept Fernandes out, but Maguire firmly headed in Luke Shaw's throw from the follow-up corner.
On the stroke of halftime, Fernandes doubled the lead by nodding in a beautiful dinked cross from Jadon Sancho at the conclusion of a quick counter.
Leeds drew level in the 54th minute after a wild 59-second stretch in the second half.
De Gea was fooled by Rodrigo's left-wing cross, which hit the far corner, before Forshaw robbed Fernandes of possession and Dan James' low cross was met on the slide by half-time substitute Raphinha.
With 20 minutes remaining, United regained the lead when Fred smashed past Meslier at his near post after being set up by Sancho, and Elanga added a fourth with the clock ticking down.
Man United's focus now shifts to the Champions League, with a first-leg matchup against Atletico Madrid on Wednesday. On the same day, Leeds go to Liverpool, who are seeking the Premier League title.
Source