Marvel shows like Daredevil are leaving Netflix Canada on March 1 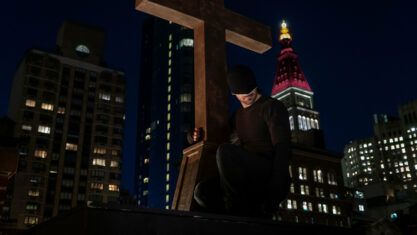 As first spotted by the #SaveDaredevil Twitter account, a new message confirming the March 1st date now plays on Netflix when you first launch an episode of one of the Marvel shows. MobileSyrup has confirmed that the same message appears on our Netflix Canada account:

For context, this applies to the following shows:

First launched in 2015 with Daredevil, Netflix's suite of Marvel programming featured its "shared universe" that introduced Daredevil, Jessica Jones, Luke Cage and Iron Fist in their own series before they teamed up in The Defenders. The Punisher, meanwhile, was a spin-off of Daredevil. The shows were generally praised for offering a darker, more mature spin on the Marvel universe compared to the more family-friendly films.

So what does this all mean?

*Spoilers below for Spider-Man: No Way Home and Hawkeye*

It seems as though the series have been pulled due to rights issues, given that they were originally produced for Netflix by Disney-owned Marvel Television and ABC Studios. The shows were all cancelled years ago as Disney began to pull its content from Netflix to make them available on its own streaming service, which would eventually become Disney+. There was also a period where Marvel legally couldn't use the characters again following the shows' cancellations, but that has since passed.

There's a slight snag with all of this, however. Daredevil, in particular, has seen a massive bump in viewership as of late, due to the fact that star Charlie Cox reprised his role as lawyer Matt Murdock in Spider-Man: No Way Home. At the same time, Vincent D'Onofrio, who played the Kingpin on Daredevil, reprised the villainous role in multiple episodes of Hawkeye on Disney+.

While both Cox and D'Onofrio have played coy about whether they'll return in future Marvel Cinematic Universe projects, it seems safe to assume that more appearances are in the cards, given their popularity. It also remains to be seen whether Marvel has plans for other standout characters from the Netflix shows, such as Krysten Ritter's Jessica Jones or Jon Bernthal's The Punisher. In any case, new audiences will no doubt continue to come to the Marvel Netflix shows as they anticipate future appearances from these characters, so hopefully, they're made available elsewhere after March 1st.

For now, though, it seems logical that Daredevil and the other shows would eventually make their way to Hulu in the U.S. and Disney+ Canada under the Star banner. Given their mature content, Disney would undoubtedly want to make them available on a platform that skews towards adult programming.

MobileSyrup has reached out to both Netflix and Disney for comment and will update this story once a response has been received.