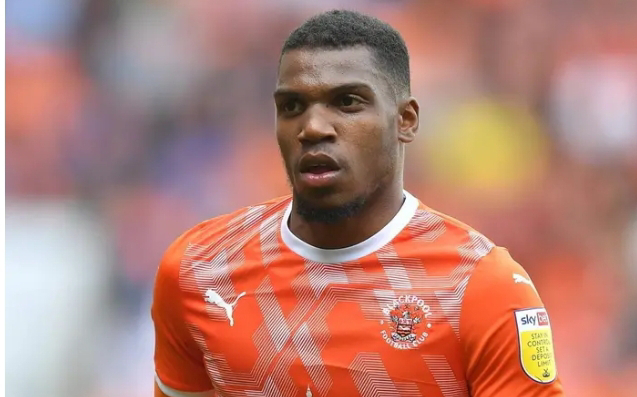 Chelsea are short in the right wing-back department at the moment. Reece James has done a fantastic job for Thomas Tuchel's side whenever he's fit and available to play, but injuries have limited his game time this season. Cesar Azpilicueta has filled in for him but the 32-year-old does not offer the same threat down the right flank as James. With the Chelsea captain seemingly on his way out of the club at the end of the season, Thomas Tuchel will be looking for a backup right wing-back to compliment Reece James. Thankfully for him, he will have a perfect option in Dujon Sterling next season. Sterling is one of Chelsea's many talented youngsters who graduated from their famous Cobham academy. The 22-year-old (born 24 October, 1999) is currently on loan in the Sky Bet Championship with Blackpool and is having an outstanding season so far.

The England youth international is a right wing-back with a similar style of play to Reece James. He is fast, strong, defensively astounding and is also a threat in attack. Thomas Tuchel almost retained the youngster in the Chelsea first team squad for the season after he had a brilliant pre-season campaign with the team. However, the club hierarchy took a joint decision to send him out on loan in order to afford him regular game time and experience. Sterling has impressed on loan at Blackpool this campaign and is expected to be integrated into Chelsea's first team next season as the club enters a new era with a new owner at the helm.

Chelsea fans should start getting used to the name Dujon Sterling because he most likely be a part of the first team at Stamford Bridge next season. Not only will he come in on a free, he will be the perfect second choice right wing-back to understudy Reece James in that role for the blues.