Netflix admits competition is heating up, could impact company growth 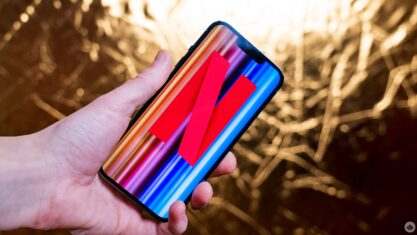 In what many are seeing as a first, Netflix has admitted competition in the streaming platform industry has intensified over the past 24 months as entertainment companies develop their own services.

The streaming giant's Q4 2021 letter to shareholders notes "added competition may be affecting our marginal growth some."

The diminished figures come despite the release of a number of "big hits" like The Witcher season 2, viewed for a total of 484 million hours, and You, viewed for 468 million hours. The quarter also featured the final chapter of La Casa de Papel, also known as Money Heist. The series has been viewed for 6.7 billion hours over its lifetime. Netflix also had six of its series show up in the top 10 list of most searched TV shows on Google.

Looking to the future, the streaming giant plans to release season 2 of Bridgerton and the original movie The Adam Project during this quarter.

Despite the popular releases, Netflix's outlook has plummeted, as it expects to only add 2.5 million global subscribers in the first quarter of 2022, a decline from the 4 million subscribers seen in Q1, 2021.

The company admits growth does not match the levels seen before the pandemic began, and believes the ongoing spread of COVID-19 and other economic hardships around the world may be the reason for this.

Netflix also recently raised its prices in the U.S. and Canada for subscribers that want to view HD and 4K content, which likely won't help its subscriber growth.

The Premium plan, which features 4K conent, now costs $21, up from the previous listing price of $19.