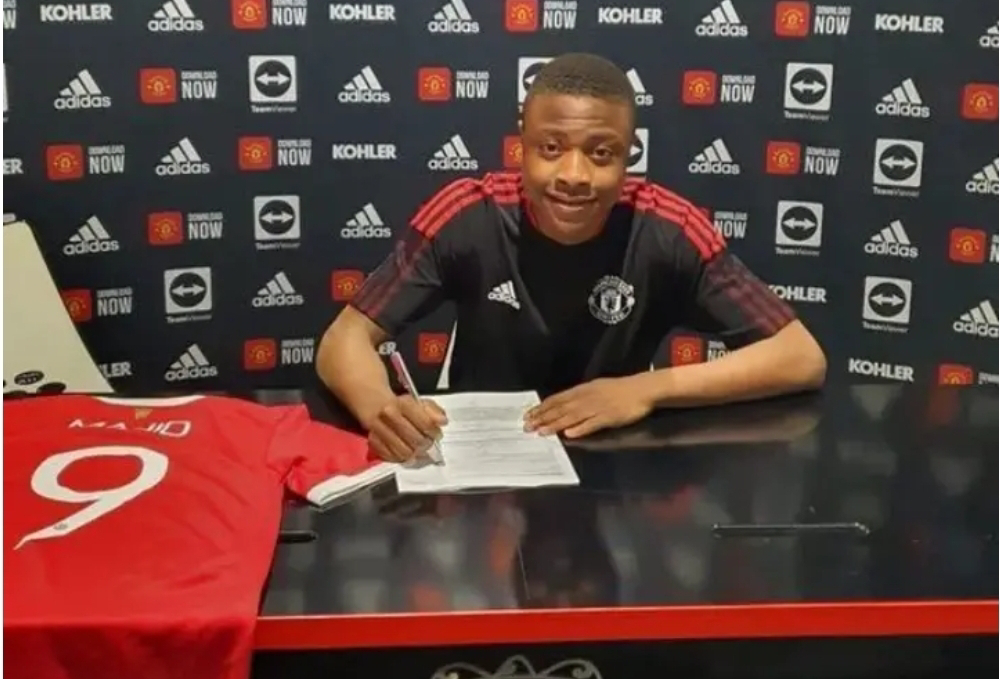 A young Nigerian footballer with a bright future, Majid Balogun, just signed his first academic contract with Manchester United. This is the proper step before becoming a professional, he will also wear the number 9 for the Under-15 side. Balogun's journey started with Lambeth Tigers in England. It was in the Southern England club that he caught the attention of Manchester United and other top clubs with his impressive displays, but Man Utd got him. Balogun announced the deal a few weeks ago, but he just signed the contract and shared the photos on his Instagram story and Twitter page. He also reposted photos of his colleagues and friends who wished him well.