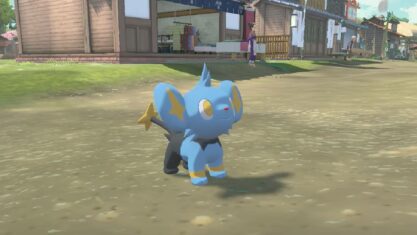 Nintendo has released a 13-minute extended gameplay trailer ahead Pokémon Legends: Arceus' launch, offering the best look at the anticipated game yet.

In the gameplay preview, we see how trainers sneak up on Pokémon to catch them and learn that they'll have to throw out their own Pocket Monster to initiate a battle if they fail.

As shown before, techniques called 'Agile Style' and 'Strong Style' are used in these battles. Agile Style change the turn order and often let you make two moves, while Strong Style attacks are stronger but allow the opposing Pokémon to attack multiple times. Catching a Noble Pokémon seems to be rather difficult, with players needing to throw balms to calm them down and engage in numerous battles.

Crafting seems to be an essential part of Arceus and allows players to make Pokéballs, potions, smoke bombs and lures. Your Pokémon will be able to attack trees and other items to turn them into craftable materials.

The trailer also shows off Trade Posts that allow you to trade Pokémon and 'Merit Points' for items. In Pokémon Legends: Arceus, you'll need to earn points by completing missions. As you earn more points and progress through the game, your Research Level increases. The gameplay clip outlines another feature called 'Requests' that seems to be a side mission system.

Finally, more information about customizing gear is outlined in the gameplay preview.

Pokémon Legends: Arceus launches on January 28th for the Nintendo Switch. MobileSyrup will have more on the game in the coming weeks.