Nintendo shutting down Wii U and 3DS eShops, dealing big blow to preservation 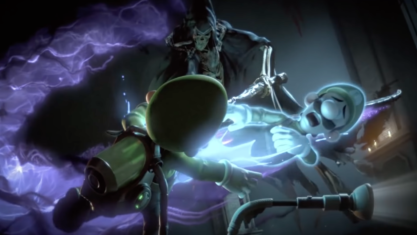 Nintendo has confirmed that it will be shutting down its Wii U and 3DS eShops in late March 2023.

This means that you won't be able to make any digital purchases -- including downloads of free titles and demos -- on these systems after that period. However, Nintendo says previously purchased content will remain available to redownload.

While it's not exactly surprising that digital storefronts for old, discontinued hardware are being closed, the bigger issue here relates to game preservation. That's because these eShops offered large catalogues of older titles from the likes of the NES, SNES, N64, Game Boy and DS eras -- not to mention actual Wii U and 3DS titles.

With these stores shutting down, Nintendo's only solution is its Switch Online, which offers a selection of titles from the NES, SNES and N64. However, these catalogues are far smaller; they lack Game Boy and DS titles and miss such classics as Final Fantasy VI and Super Mario RPG (SNES).

Further, they're locked behind a subscription service, so there's no way to actually own the games. (To be sure, one may argue the legitimacy of "ownership" of a digitally purchased title, but regardless, the Switch offers no option to buy individual NES, SNES or N64 titles.)

Making this even worse is that Nintendo says it "currently no plans to offer classic content in other ways." The closure of the Wii U and 3DS eShops wouldn't be as much of an issue if Nintendo was going to make those older titles available on the Switch, but evidently, that's not in the cards. This is despite the fact that the Switch has a user base that's now larger than the 3DS and Wii U's combined.

The company even addressed the issue of game preservation in a since-deleted, decidedly tone-deaf FAQ:

Across our Nintendo Switch Online membership plans, over 130 classic games are currently available in growing libraries for various legacy systems. The games are often enhanced with new features such as online play.

We think this is an effective way to make classic content easily available to a broad range of players. Within these libraries, new and longtime players can not only find games they remember or have heard about, but other fun games they might not have thought to seek out otherwise.

We currently have no plans to offer classic content in other ways."

It's another failure on Nintendo's part to ensure game preservation, an issue with which the industry as a whole already struggles. While many classic films and TV shows remain accessible on home media and streaming services, it's regularly harder to play older video games. This has led fans to turn to piracy to play games that companies like Nintendo are otherwise not making available through any modern platform.

Nintendo's stance looks even worse when compared to main competitors Xbox and PlayStation. The Microsoft-owned gaming label has been the biggest proponent for game preservation as of late, making many popular original Xbox and Xbox 360 titles available on Xbox One and Series X/S.

While PlayStation's offerings aren't quite as flexible, the company does still offer some PS2 titles for purchase alongside a larger PS3 catalogue through its PlayStation Now streaming service. The company is also reportedly planning an expanded subscription service, codenamed Spartacus, for early 2022 that will offer PS1, PS2 and PSP titles. This is all on top of continuing to operate its PS3 and PS Vita storefronts following fan outcry over plans to shut them down.