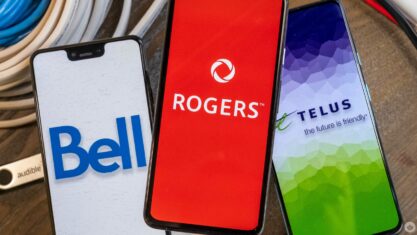 When 4G rolled out worldwide, Canada was a leader in implementing the network. The story doesn't go the same way when rolling out 5G.

According to mobile analytics company Opensignal, the limited spectrum availability in the 3.5GHz band might explain why Canada's shift from 4G to 5G network is slower than other countries uptaking 5G.

This isn't to say Canada's leading telecom companies haven't launched 5G networks in select parts of the country or haven't continued to grow these networks. 5G does exist in Canada, but its access is limited.

Examining the experience for those who have access to 5G, Opensignal has come out with an annual report examining 5G experiences offered by Rogers, Bell and Telus.

According to the report, Rogers offers Canada the best 5G availability. However, there wasn't a significant change compared to the last report, where Rogers held the same position. Bell and Telus did see their scores improve as more people spent time connected to their networks.

Rogers tied with Bell when it came to 5G reach, having access to the network in locations that matter to users, like their home or workplace.

Bell and Telus tied for the best 5G video experience, offering a consistent experience across streaming platforms, "fast loading times and almost non-existent stalling." This stood true for Alberta, British Columbia and Ontario. While they were highly rated in Quebec as well, they did not match up to Vidéotron.

Opensignal ranks Rogers as offering the best gaming experience. The company scored 81.8 points out of 100, Telus scored 80 and Bell 70. While good news for Rogers, users across all three networks reported declined experiences compared to the last report.

When it comes to downloading speeds, Bell and Telus offered the best services, with scores tied above 150Mbps. Both companies provide speeds between 68 and 72 percent faster than Rogers.

While all three companies are dominantly portrayed in 5G experiences, the same doesn't hold for mobile experiences.

Opensignal ranks Telus as the "dominant operator" for that category. 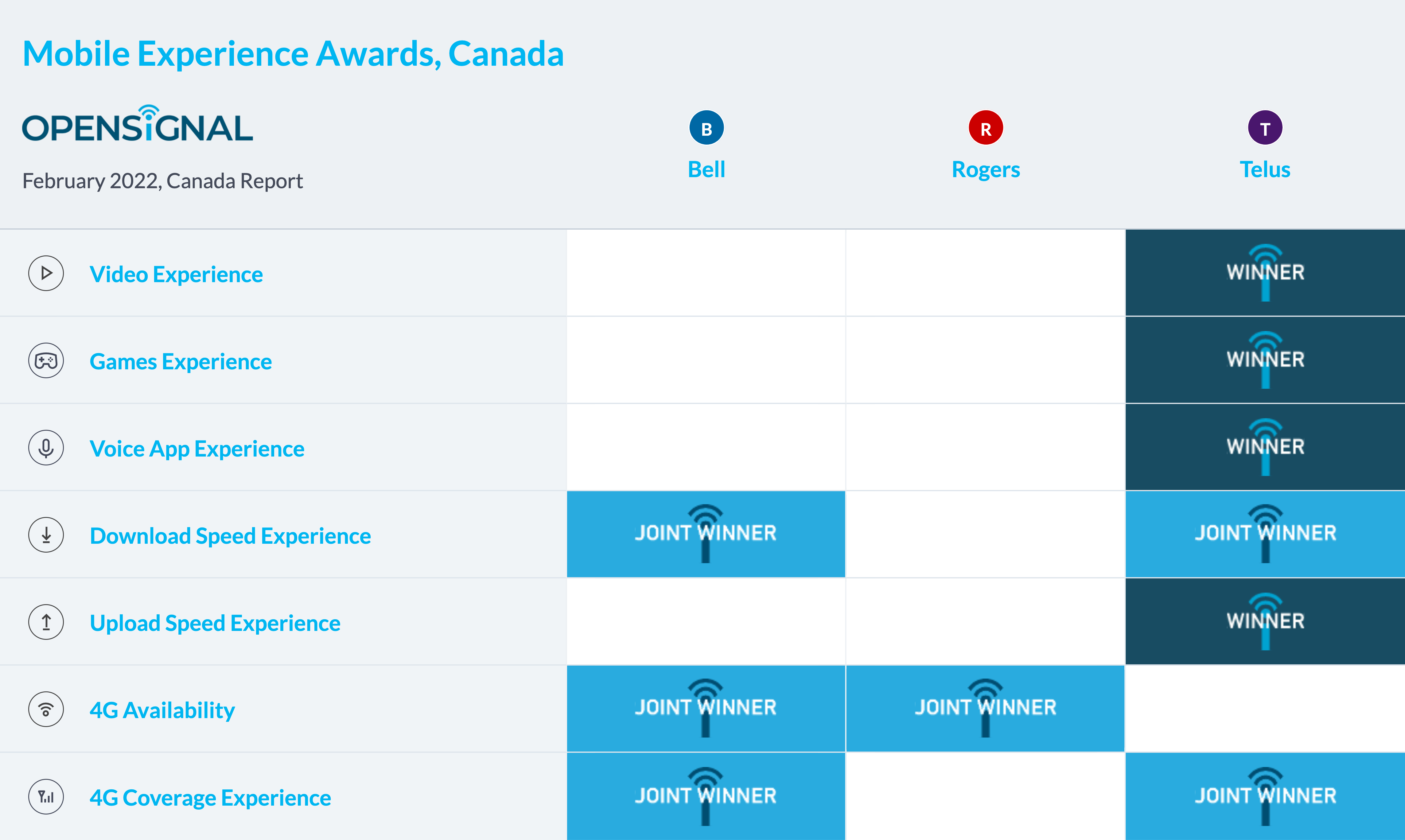 Rogers and Bell tie for second in the category of multiplayer mobile gaming experiences.

"This highlights that while download speeds are important, they cannot be used to infer a user's quality of experience when using over-the-top (OTT) voice services, and while streaming videos or playing multiplayer mobile games connected to mobile networks," the analysis notes.

The only category Telus doesn't lead in is 4G availability. While scores have increased across all three providers, Rogers and Bell lead in this category. It is important to note that all three carriers allow for reasonable access, and users are connected to 4G services or better at least 93 percent of the time.