No need to say ‘Hey, Google’ if you want your Google Assistant to shush - Bliteoc

No need to say ‘Hey, Google’ if you want your Google Assistant to shush 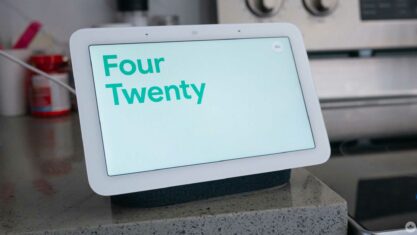 Tired of your Google smart display or speaker going on a rant when you want a one-word answer from it? You can now simply say "Stop" instead of saying "Hey, Google, stop" to make the smart display/speaker shut up.

The convenient quality-of-life feature was announced by Google via its Twitter account, though the company has been working on it for a while now. Back in October, the company was reported to be working on a feature that would let Android 12 beta users command Google Assistant without having to say "Hey, Google."

Similarly, in September of last year, Google was rumoured to be working on “Quick Phrases” that allow users to skip saying “Hey, Google” for common tasks like, “What time is it?” or “Turn the lights on.”

It's worth noting that the new feature works only if your Google Assistant is speaking, and to stop the assistant from playing a song or a video, you'll have to go the old route and say, "Hey, Google, stop."

From what it looks like, the new feature has only made its way to English-set Google smart displays and speakers, and users with a different language-enabled assistant would have to wait a little longer for the feature to arrive.

Make sure your Google smart display or smart speaker is updated to the latest firmware version, otherwise the new feature will likely not work.