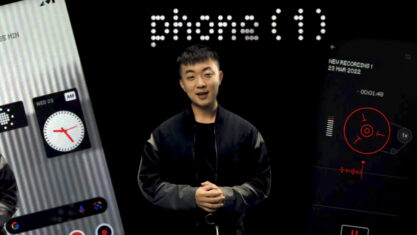 Carl Pei took the stage to announce what's new from his 'Nothing' startup and said, "tech companies aren't on the consumer's side anymore, and no one is innovating."

Then he proceeded to show off a skinned version of Android, some LSD-fueled hieroglyphics and then asked the community for $10 million USD (roughly, $12.5 million CAD).

I'll give Pei credit. He almost had us in the first half, but after building this much hype and then not revealing a product, he's starting to come off as more of a salesman and less of the saviour who's actually going to shake up the tech world.

But I guess that's the promise of Nothing.

What we learned at the event (NOT THE TRUTH)

To start off, Pei dropped several fun stats about the Nothing Ear (1)s and the Nothing company in general. The wireless earbuds have almost sold half a million units in half a year, and there are now over 300 people working at Nothing.

He also clarified the company's supply chain is ready even though a large tech company tried to block them. Regardless of that, Pei claims the company has large partners like Google, Samsung and Qualcomm on board to help push the first Nothing phone out this summer. 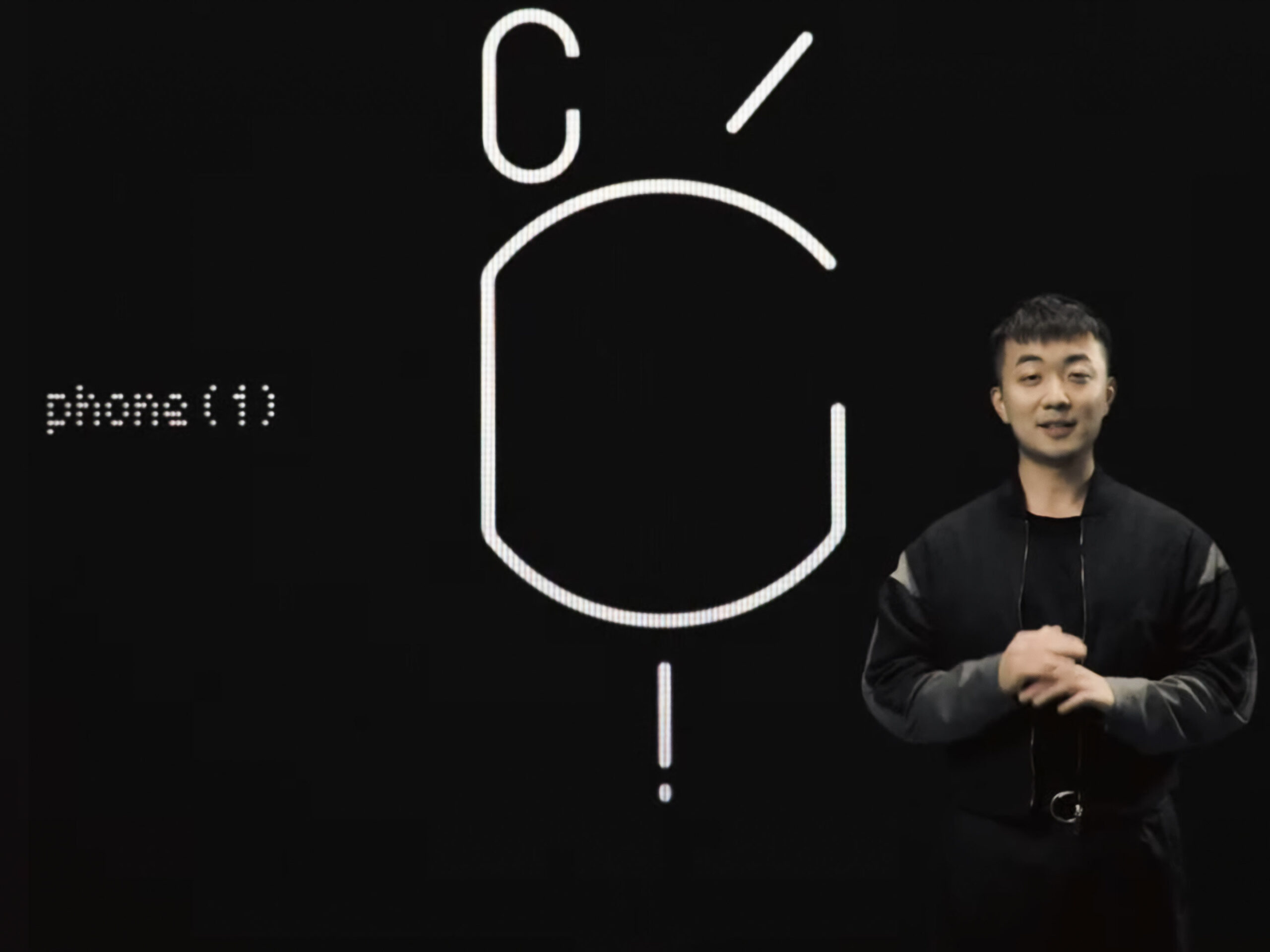 Carl Pei standing beside the Nothing Phone (1) symbol. This is all that was shown on the phone at the event.

The company even cut the presentation to give us a trailer showing off this symbol. I'm sure people will be unpacking it over the coming weeks, but to me, the bottom exclamation mark stands for fast charging, the symbol in the centre is wireless charging or some sort of MagSafe ripoff. Furthering my speculations, the top left 'C' is likely the camera, and the '/' symbol is the antenna for 5G.

Perhaps this symbol will also look similar to the back of the phone since we're expecting it to be transparent like the Nothing Ear (1)s.

In his whirlwind of hype, Pei started talking about the phone by painting a picture of Nothing as the only true alternative to Apple and the enclosed fortress known as the Apple ecosystem.

The Nothing ecosystem, by comparison, will be open and designed to work with a wide variety of tech products ranging from AirPods to Telsa vehicles. However, he never really gave us any clear specifics about what this might mean. To me, it seems more like Pei is just trying to do a better job at marketing the openness of Android than Google is. 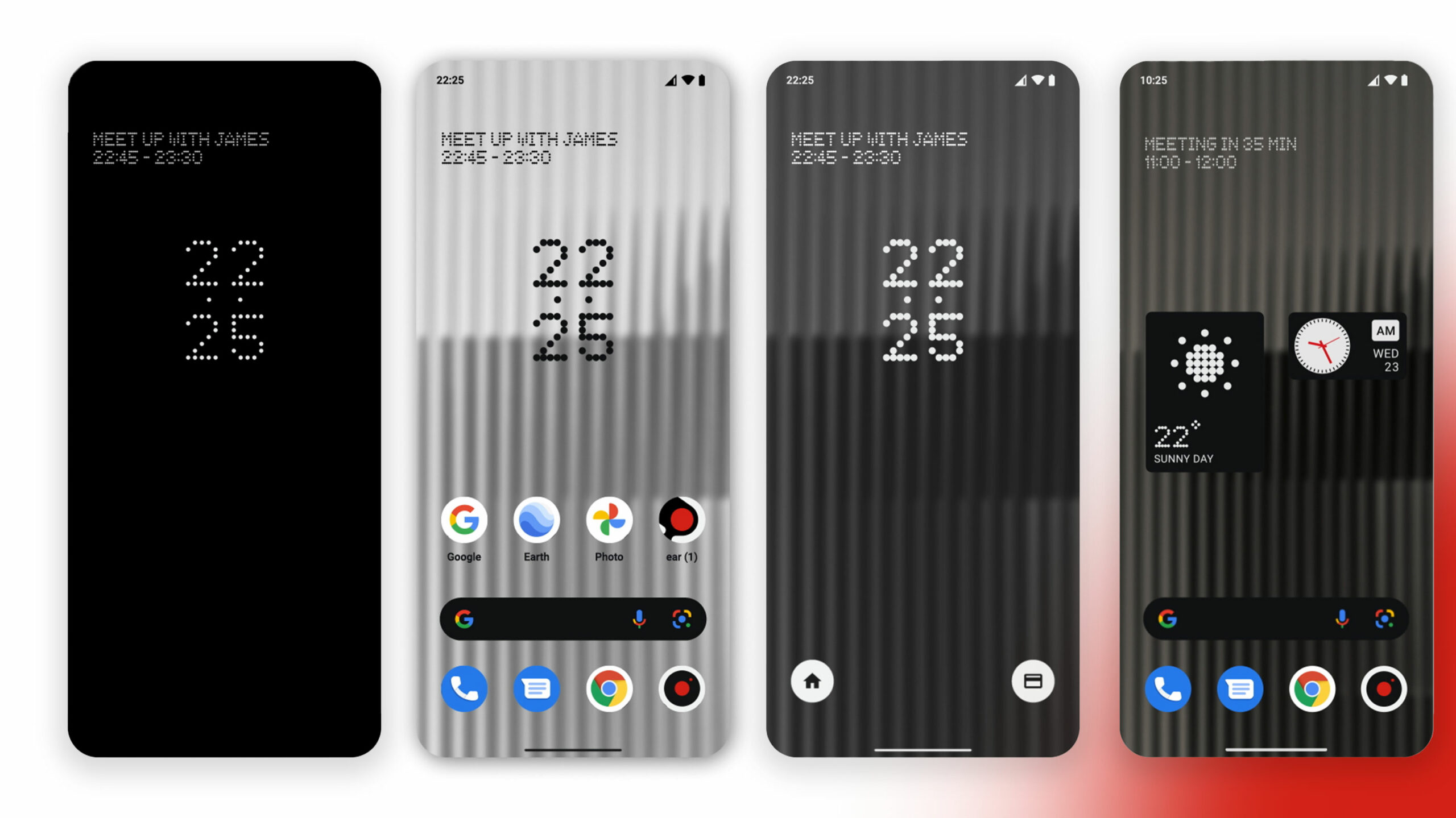 Nothing OS from left to right: Always-on display, the home screen, lock screen and home screen with Nothing widgets.

It was also hard to listen to Pei talk about taking on Apple and innovating in ways that we can't even comprehend while showing off Nothing OS, which looks like a lightly skinned version of Android 12.

Sure the design is cool and uniform, but design is subjective, and while I might find this one cool, I'm pretty sure my mom isn't going to be into the cyberpunk aesthetic. 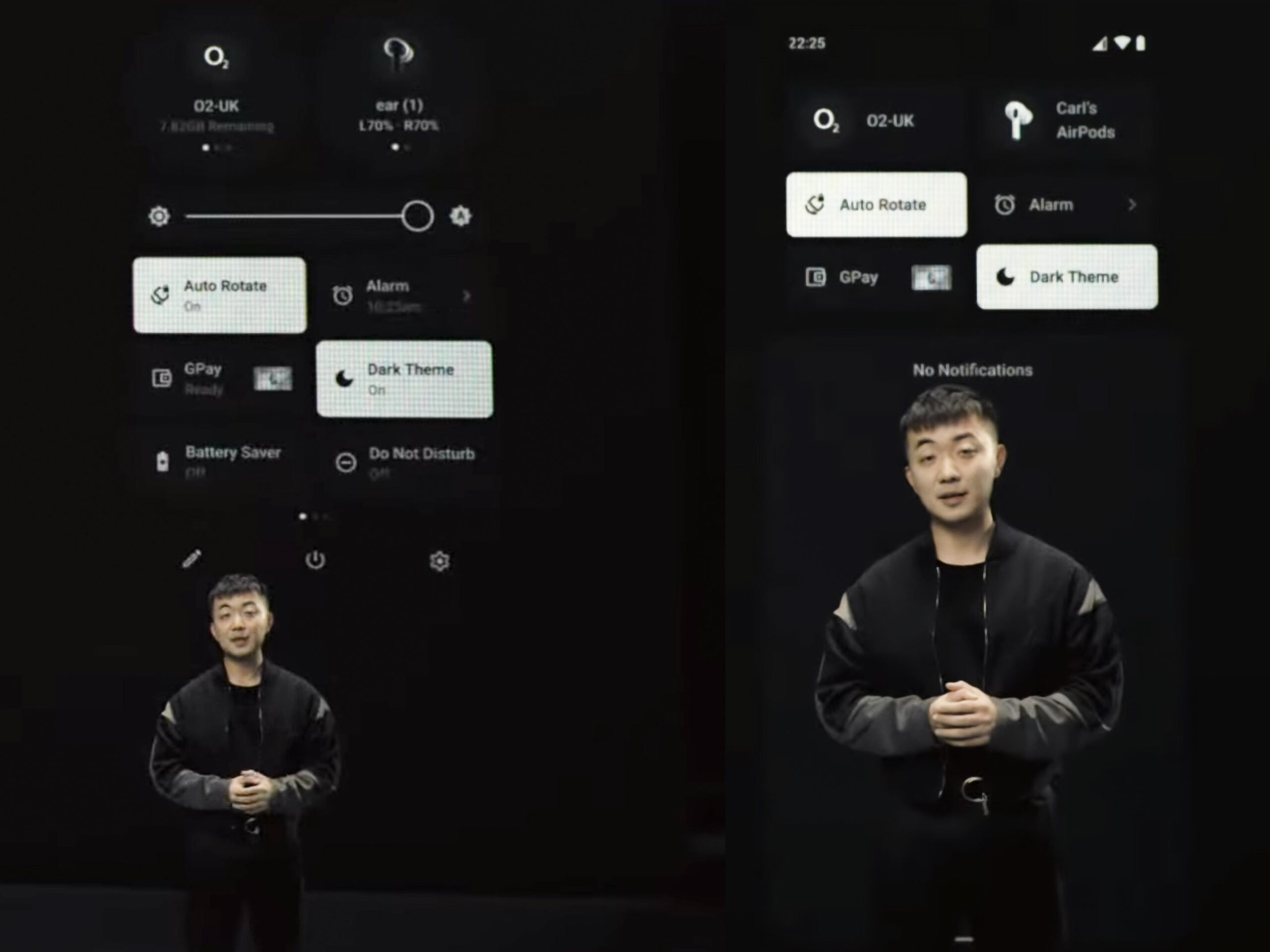 A look at Nothing's take on Android's Quick Settings.

The Nothing Launcher for Android is going to launch this April, so I'll withhold judgment until I can get my hands on it. Pei did mention that it will only be available on select smartphones. My guess would be Pixels and Samsung devices due to the previously mentioned partnerships. However, I'd be excited to see it running on an Essential phone or a modern OnePlus device.

The launcher is supposed to have minimal animations and a high level of brand uniformity. This just looks like a pixel filter on the app ions and a lot of dot matrix design elements to match Nothing's logo. That being said, the company did show off a cool-looking recorder app that pushes the cyber-punk aesthetics much further than the launcher. 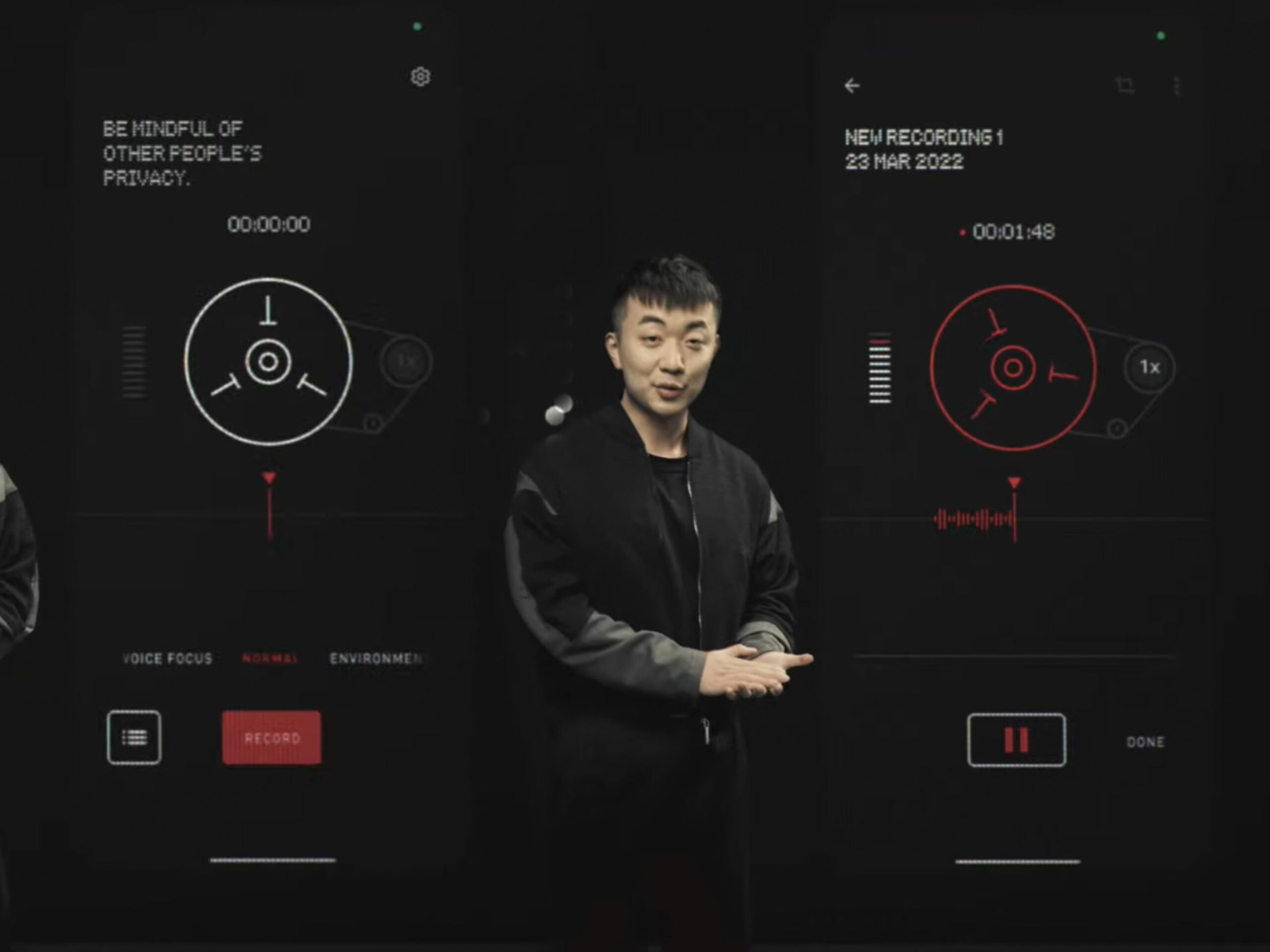 A few angles of the Nothing Recorder app.

Pei also promised smarter RAM management, but that's only coming in the Nothing phone, not the launcher. This seemed like an odd thing to bring up on stage since most modern phones with 4-6GB of RAM seem fine to me. Perhaps the Nothing Phone (1) will truly feel faster or maybe Pei is prepping us for a phone with less RAM than its competitors?

Nothing is promising three years of OS updates and four years of security updates when the phone launches.