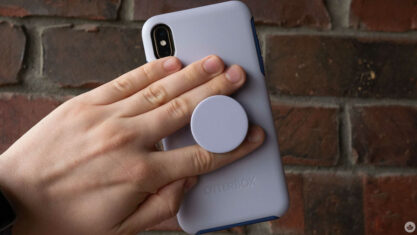 Otterbox has confirmed that it has temporarily ceased shipments to Quebec.

In a message at the top of its website's home page, the Fort Collins, Colorado-based phone accessory maker says it has done so "due to the French language requirements of Bill 96," the province's recently enacted language law. When you click for more information, Otterbox explains on a subsequent page that Bill 96 "requires French language support across all sales and marketing touch points."

Otterbox says it's "working to comply with the provisions of this new law so we can resume shipments to Quebec as soon as possible." In the meantime, though, the company says Quebec customers can purchase its products at the following retailers:

Otterbox adds that Quebecers who need assistance with product warranties can contact the company directly.

The controversial bill, which went into law on June 1st, stipulates that "the only official language of Quebec is French" and, therefore, reinforces the use of French in all facets of life. This includes business, the justice system, education, healthcare and even the province's massive gaming industry.

With respect to businesses like Otterbox, the bill also presents a potential legal danger. Under Bill 101, retailers doing business in Quebec were required to provide websites in French, but consumers who felt their language rights were infringed upon could only file a complaint to the Office québécois de la langue française.

Bill 96, however, allows consumers to take companies directly to court in such matters, which opens them up to all kinds of litigation. In a statement to CBC News, an Otterbox spokesperson confirmed that legal counsel suggested it pause sales in Quebec for this reason.

That said, it's unclear when various aspects of the law will be implemented, given the wide-reaching implications of its more than 200 amendments and sub-amendments. It also remains to be seen when Otterbox will resume direct sales of its products in Quebec.