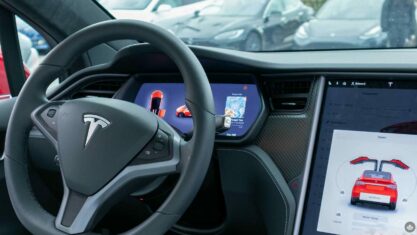 Starting in 2023, Panasonic is hoping to begin producing a new battery at a new factory in its home country of Japan that will increase the range of Tesla cars.

This information comes courtesy of the Japanese financial news publication The Nikkei. However, Reuters notes that the info, precisely the 15 to 20 percent range increase in Tesla cars, appears to be unverified or from a source that the paper isn't naming. Therefore, I'd place this news in 'leak' territory.

That being said, Panasonic has shown off a more efficient '4680 Battery' before, and Tesla did mention that its new battery design can increase range by 15 percent at a prior battery day.

Panasonic has officially told Reuters that it's looking at various options to begin mass production and has started work on a test production line to be established later this year. "We don't, however, have anything to announce at this time." In a prior report, the battery company did tell The Wall Street Journal that it plans to start testing in March 2022.

The leak suggests that Panasonic will add a section to its plant in Wakayama, Japan, to produce the batteries as soon as the end of the year. This add-on is slated to cost around $700 million USD (roughly $884 million CAD).

Tesla is also working to produce its own 4680 batteries in-house, but the company is also struggling to get mass production ramped up.