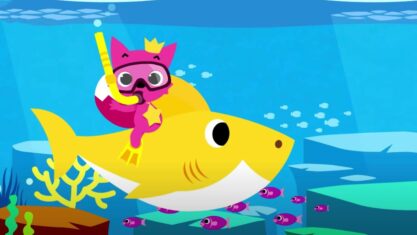 What has the world come to? 🦈

Since its release in 2016, Baby Shark has appeared repeatedly in popular culture. For example, celebrity covers have been created by James Corden and Bebe Rexha, there's a viral dance challenge, it's part of Ubisoft's Just Dance 2020 and Nickelodeon even gave the song its own TV show in 2021.

Looking to the future, Nickelodeon has renewed its Baby Shark show and also has an upcoming feature-length movie on the way. There's even an NFT collection for "Baby Shark" -- yes, you read that correctly.