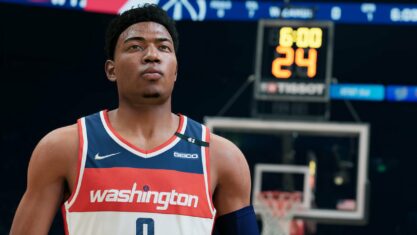 Of course, this only takes into account digital sales, not physical, but it's still interesting to see.

Considering that Miles Morales was a PS5 launch title, it's especially notable to see it in the top three one year later.

Meanwhile, here are the PS Store's top 10 PS4 games for Canada and the U.S. last year:

It's especially notable for GTA V to claim the top spot considering it was originally released on PS3 in 2013 and on PS4 the following year. That game's popularity hasn't slowed down, making it more understandable why developer Rockstar hasn't put out the inevitable GTA VI yet.

Outside of PS4/5, Sony says 2021's top three PS VR games in Canada and the U.S. were, in order, Beat Saber, Job Simulator and Superhot VR. Additionally, the top three free-to-play games across PS4 and PS5 were Fortnite, Call of Duty Warzone and Rocket League.

The full blog post, including Europe's respective lists in case you want to compare, can be found here.