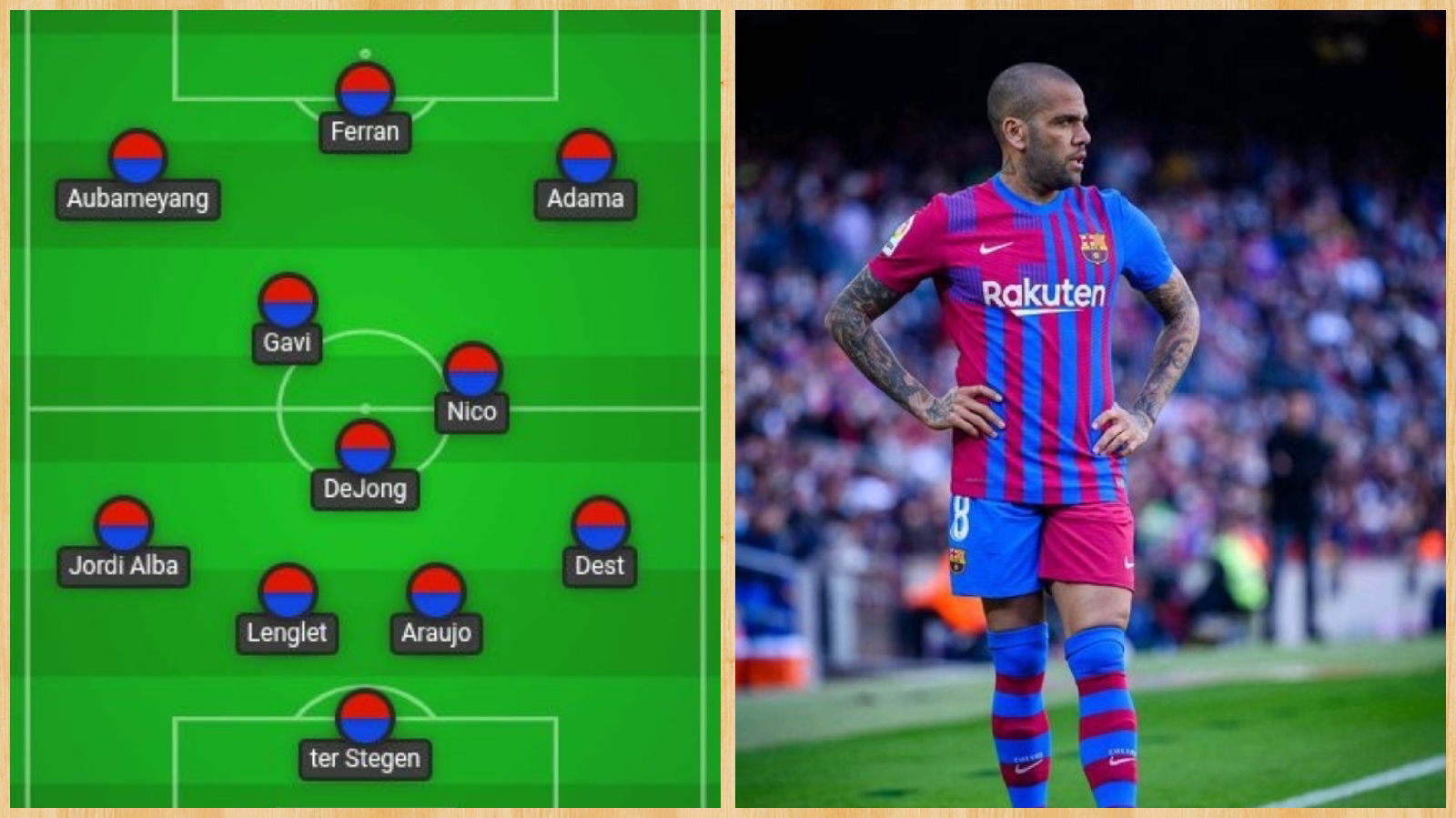 As we all know Barcelona will be without the expertise of the great Dani Alves ,who is set to miss two matches resulting from the red card against Athletico Madrid.

My preferred formation to face Espanyol below. He has improved tremendously in recent weeks so there's nothing to argue here.

A well rested Pique would be more advantageous when we face in form Napoli in the Europa league play off .

A combination of the French Clement Lenglet and the Uruguayan menace Ronald Araujo should be able to ward off any threat posed by the Espanyol forward Line tomorrow..

Espanyol would be expected to seat deep in there half because of the threat Barcelona's Frontline poses on the counter so it shouldn't be much problem for the duo of Lenglet and Araujo.

The midfield trio might be contested by many but same reason pique would be on the bench for me is the same reason I would bench Busquets.

An adequately rested Busquets would provide his unique eliteness on the pitch against Napoli while allowing Frenkie De Jong and Nico to operate as sort of a double pivot as it is a popular fact that Frenkie doesn't play maximally as a single pivot.

While Young Gavi/Pedri acts more as a ten.

Ferran Torres would play a false Nine role coming to make connections with the midfield collecting the ball from either Gavi / Pedri while allowing Aubameyang to launch into the space on the wing and same thing with pacy Adama Traore.

Ousmane could come in the second half..

Drop in the comments what you would rather change in this .