Kieran Maguire, a football finance expert, has suggested that Chelsea could face going out of business if the government sanctions the club’s owner, Roman Abramovich, as several suitors are reportedly considering a takeover bid. 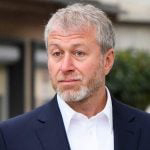 Maguire believes Chelsea could face a crisis as there have been increasing calls for ministers to seize or freeze Abramovich’s UK-based assets following Russia’s invasion of Ukraine this week, with the billionaire not included in the first wave of sanctions.

This followed Russian President Vladimir Putin’s decision to launch a military invasion of Ukraine a few days ago.

It is now understood that potential suitors – including some based in the US – have begun drawing up takeover bids amid the uncertainty.

“If he [Roman Abramovich] feels he is being made a scapegoat for the activities of Putin, then the worst-case scenario is he tries to call in the loan,” Maguire told The Times.

“Then we have got a crisis. He and Putin could argue that it is the British government that has destroyed Chelsea Football Club.”

However, Dr Rob Wilson, a finance lecturer at Sheffield Hallam University, has similar concerns, saying: “If the government does seize the assets, in which case they seize Chelsea, that is probably for him a bit of a final straw.

“He would likely try to walk away from the club . . . which would create a problem for Chelsea because it would have to be sold or go out of business. Who would buy Chelsea with a £2billion loan [to repay]?”