Siri has a new gender-neutral voice in iOS 15.4’s beta 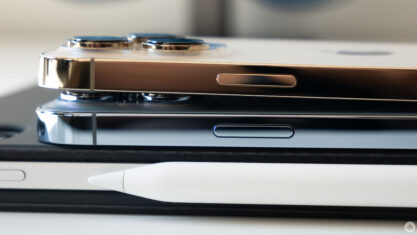 According to Axios, the new voice seems to aim to be more gender-neutral than other Siri voices and was recorded by a member of the LGBTQ+ community. Roughly a year ago, Apple added two new American Siri voices and moved away from using a feminine-sounding voice by default.

Below is a recording of the voice in action courtesy of The Verge's Jon Porter.

“We’re excited to introduce a new Siri voice for English speakers, giving users more options to choose a voice that speaks to them,” said Apple in a statement to Axios regarding the new voice. “Millions of people around the world rely on Siri every day to help get things done, so we work to make the experience feel as personalized as possible.”

Though a subtle addition on Apple's part, it makes sense that as voice-activated assistants become more popular companies will move to make them more inclusive and diverse.

Other iOS 15.4 beta features include Apple's new AirTag privacy features. As always, just because Apple has added a feature to a beta version of its mobile OS, it doesn't mean that it will get a public release. That said, the tech giant has a long history of eventually bringing developer and public beta features to the final version of updates.