Sonic the Hedgehog 2 is now streaming on Paramount+ in Canada 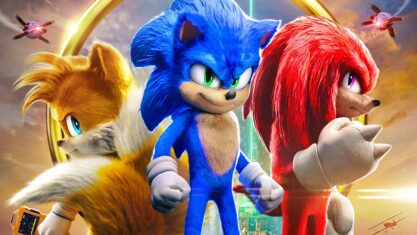 Sonic the Hedgehog 2 has begun streaming on Paramount+ in Canada.

While we knew that the Sega video game adaptation would be available on the service in the U.S. on May 24th, given its 45-day theatrical exclusivity, it wasn't previously clear where it would stream in Canada. A Paramount+ subscription costs $5.99 CAD/month.

In the sequel to 2020's Sonic the Hedgehog, Sonic allies with a crafty fox named Tails to face off once more against the evil Dr. Robotnik, who has enlisted the dangerous Knuckles the Echidna.

Sonic the Hedgehog 2 was once again directed by Jeff Fowler and features returning cast members Ben Schwartz (Sonic), James Marsden (Tom), Newmarket, Ontario's own Jim Carrey (Robotnik), Tika Sumpter (Maddie) and Canadian-raised Lee Majdoub (Stone). Meanwhile, Idris Elba voices Knuckles and Colleen O'Shaughnessy reprises her fan-favourite role of Tails from the Sonic video games. It's also worth noting that much of Sonic the Hedgehog 2 was shot in Vancouver, just like the first film.

Since its release in early April, Sonic the Hedgehog 2 has grossed more than $375 million USD (about $482.5 million CAD) worldwide, making it the highest-grossing video game film to date. Paramount is currently developing a third Sonic film, as well as a Paramount+ spin-off series focused on Elba's Knuckles.

On the video game front, Sega is set to release the Sonic Origins remaster collection next month and the mysterious open-world title Sonic Frontiers later this year.