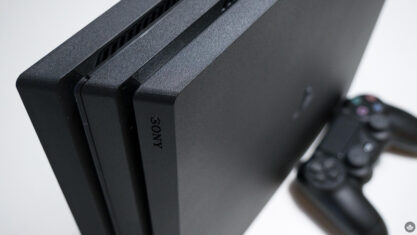 Sony will ramp up production of PlayStation 4 consoles in response to ongoing PlayStation 5 shortages, according to Bloomberg.

The new console has been in short supply in no small part due to semiconductors that are also in hot demand for smartphones, cars and more.

Per Bloomberg, Sony had been planning to discontinue assembly of the PS4 at the end of 2021, but these chip shortages led it to reconsider. The company hadn't publicly stated it would stop producing PS4s, and a spokesperson told Bloomberg that it hadn't planned to do so, either.

In any event, the PS4 features simpler components, is easier to manufacture and offers a lower-cost alternative for consumers to the PS5. Altogether, Sony will produce about one million PS4s this year, reports Bloomberg.

It should be noted that PlayStation's two major confirmed 2022 exclusives, Horizon Forbidden West (releasing February 18th) and God of War: Ragnarok (TBA 2022), are coming to both PS4 and PS5. In general, many games are still releasing across both generations of consoles, with only a handful of upcoming titles, like Bethesda's Ghostwire: Tokyo (TBA 2022) and Square Enix's Forspoken (May 24th) being PS5 console exclusives. Therefore, those who still have a PS4 -- or indeed decide to get one amid PS5 shortages -- will still be able to play most major games for now.

It's also unclear exactly when the chip shortages will begin to alleviate, but multiple analysts predict that supply constraints will continue at least through late 2022.