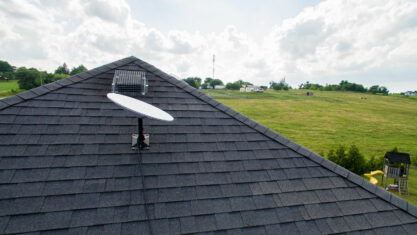 After hiking up the cost of Tesla vehicles early last week, Elon Musk's space exploration company SpaceX increased the costs of its Starlink service, according to emails sent out to users (via Tesla North).

According to the emails, both the Starlink hardware and software saw rate hikes, with the changes applicable in Canada as well. Users who already paid the deposit fee would now have to pay $699 for the Starlink kit instead of the regular $649 price, whereas new users would need to pay $759 for the kit. The service cost has also been hiked by $11 per month, from $129 to $140.

"The sole purpose of these adjustments is to keep pace with rising inflation. If you do not wish to continue your service, you can cancel at any time and return your Starlink hardware within your first year of service for a partial refund of $200. If you have received your Starlink in the past 30 days, you can return it for a full refund," reads the email from SpaceX.

Starlink, which launched in mid-2019, makes use of low-earth orbit (LEO) satellites that beam internet to the signal receiving dish kits. According to SpaceX, since Starlink's beta launch in 2020, the company has tripled the amount of internet-beaming satellites, along with quadrupling its ground stations

Musk has been vocal about increasing inflation over the recent months, which when paired with an ongoing conflict between Russia and Ukraine, has the potential to escalate further. Musk indicated that inflation was putting pressure on Tesla and SpaceX through increasing costs of commodities and metals. Canada's inflation accelerated to 5.1 percent in January of 2022, while salaries largely remain the same.

It's also worth noting that Musk's wealth skyrocketed during the pandemic while working-class people continue to suffer from wage stagnation and rising prices.

Amid the conflict, Tesla and SpaceX CEO Elon Musk shipped over several Starlink terminals to Ukraine, to help keep the country connected to the rest of the world. Read more about it below: