Spotify is developing a new ‘Community’ tab on its mobile app 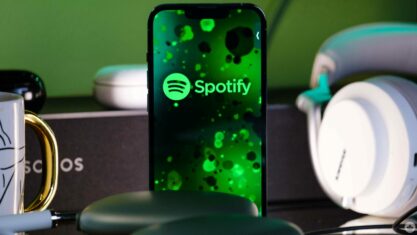 Spotify could be bringing a new Community section to the mobile app, telling users what their Facebook friends are listening to.

As first reported by Android Police, the feature has long been available on the web through the Friend Activity sidebar. The new feature will allow users to see what their friends are listening to in real-time and examine playlists that have been updated recently.

Product developer Chris Messina first spotted the feature. According to TechCrunch, the feature is not ready to be released any time soon and is in the early stages of development.

Those interested in testing the new feature can launch Safari on their iOS device, Android Police reports. But be warned, not all users have found success with this method, and users can't access it through Chrome on an Android device.

It's unclear when and even if the company will roll out the feature to its mobile customers.