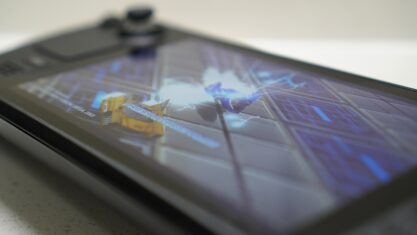 Valve’s upcoming Steam Deck handheld is launching soon and already players are eager to take their libraries on the go. Ahead of its February 25 launch, Dolphin Emulator shared a photo of GameCube title F-Zero GX running on the hardware.

Steam Deck was designed and built for players to bring their Steam libraries with them wherever they go. Valve’s new hardware is based on Linux meaning the software is able to run a variety of different programs. Valve has already confirmed that via a browser, cloud gaming is possible. Additionally, RetroArch offers emulation via Steam. However, Valve has stated that it will be allowing installs outside of Steam’s OS.

The emulator team has clearly got their hands on a developer unit and is tinkering around. As Dolphin Emulator is showing proven results, it’s likely that a slew of classic Nintendo titles will be playable on the hardware.

News of this comes at a time when video game preservation is a prominent talking point once more. Last week, Nintendo announced its plans to close the 3DS and WiiU eShops come March 2023. While the company offers classic games through its Nintendo Switch Online subscription, many GameCube and Wii games are not available on contemporary hardware.

As players are unable to purchase and play many of the classic Nintendo games, some have turned towards emulation as a way to re-experience some of the classic games.