The Red devils secured a 4-2 win over Leeds United in their last match in the premier league after goals from Harry Maguire, Bruno Fernandes, Fred and Elanga. Manchester United stars including Jadon Sancho, Paul Pogba and Scott Mctominay were highly impressive during the match and even Jesse Lingard also played against Leeds. The Red devils are currently placed 4th in the premier league table and are just four points behind Chelsea although the Blues still have one game in hand.

Ronaldo was unable to find the back of the net against Leeds United but he has been highly impressive so far this season with the Red devils having scored 15 goals in 28 games for the club. 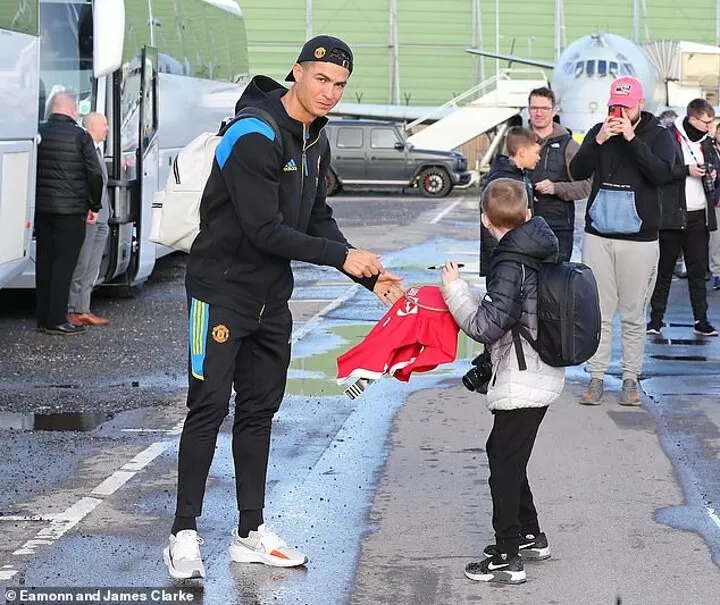 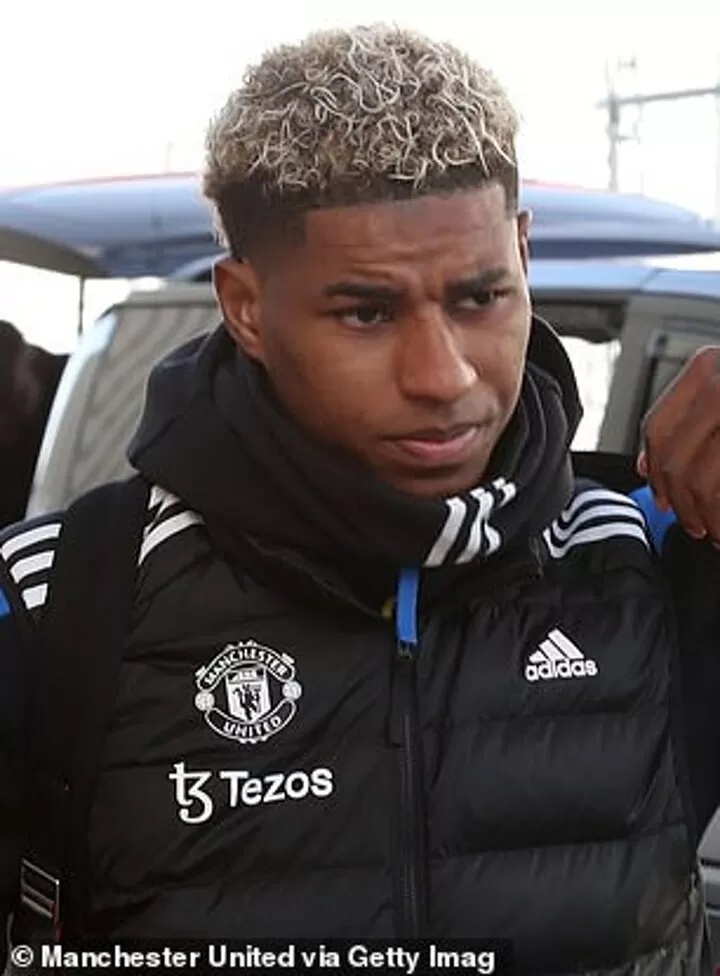 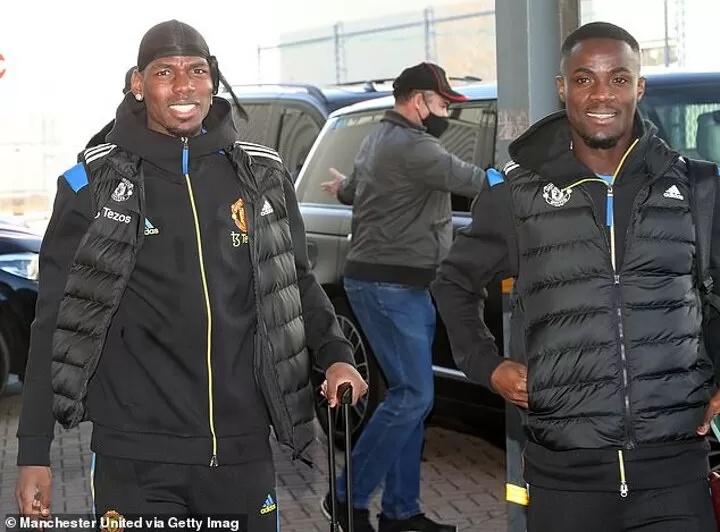 The Red devils are now set to face Atletico Madrid in the last 16 stage of the UEFA Champions league. Ronaldo, Paul Pogba, Jadon Sancho, Elanga, Bruno fernandes, Rashford, Dalot and De Gea were all pictured arriving for their flight to Madrid. 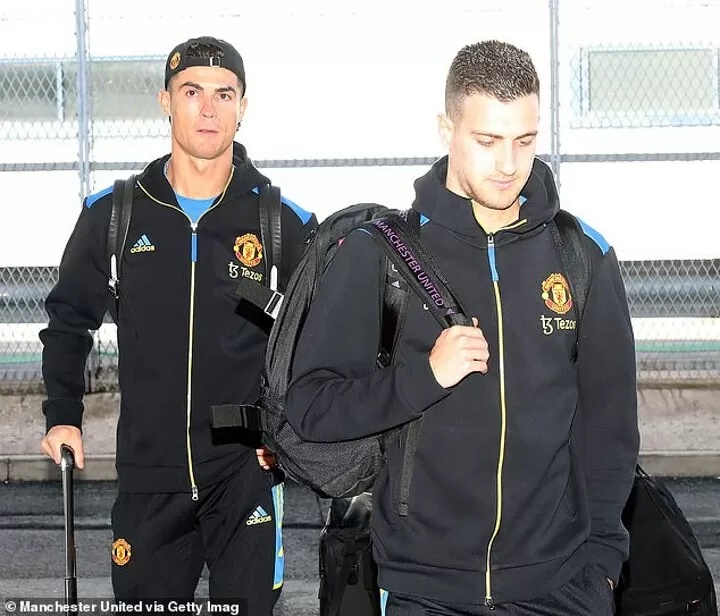 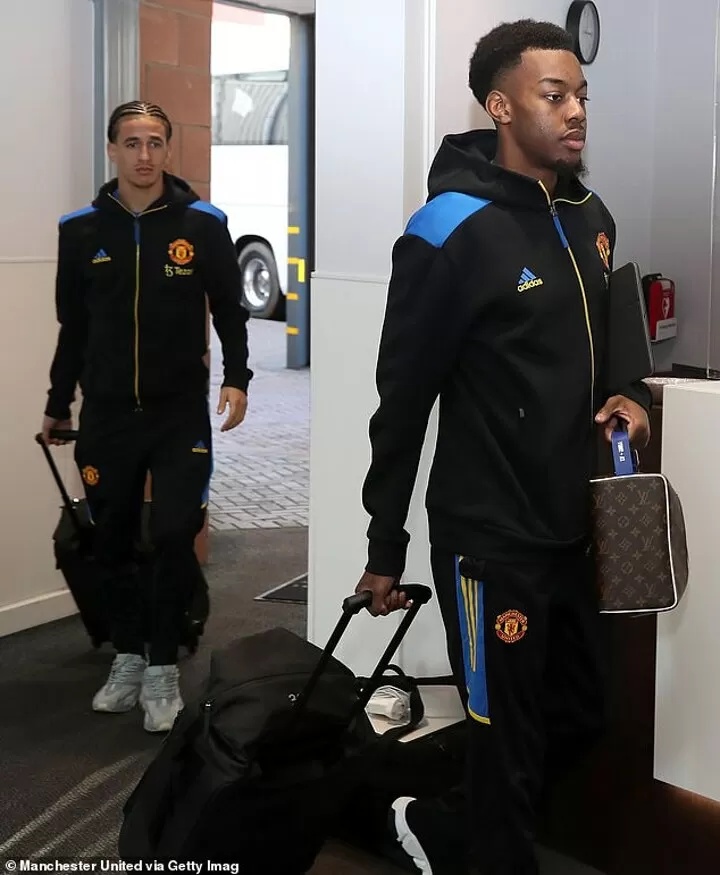 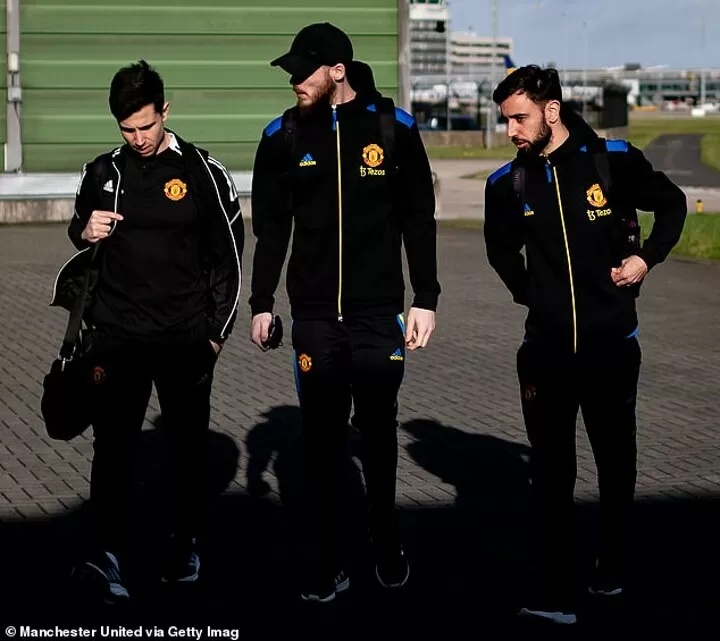 Edinson Cavani won't be available to play for Manchester United against Atletico Madrid.

Manchester United manager Ralf Rangnick confirmed that the 35 year old would not be travelling with the squad following a groin problem. The manager added that Cavani hasn't trained for a couple of weeks now and he won't feature against Atletico Madrid.