Todd Boehly Or Saudi Media, Who Can Take Chelsea To The Next Level As A New Owner? - Bliteoc

Todd Boehly Or Saudi Media, Who Can Take Chelsea To The Next Level As A New Owner? 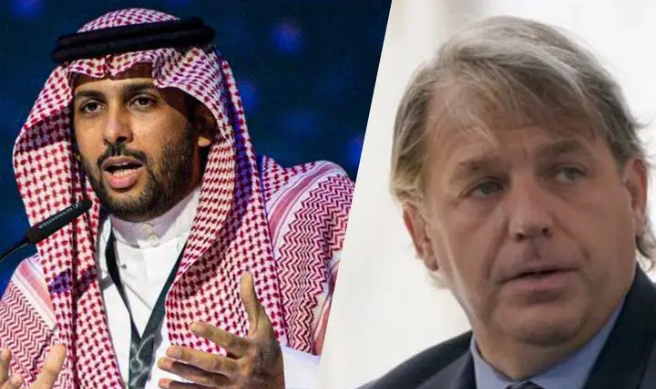 The Raine Group has reportedly received at least 30 bids for Chelsea, with each of them expressing an intense interest in becoming the club's new owner, according to several reports. Raine Group is likely to select the highest bidder since they are looking for someone who will be able to make significant investments in the club, including signing players, growing the squad, renewing player contracts, and other aspects of the club's operations. Meanwhile, it has been established that the Saudi Media Group ($3.5 billion) and the Todd Boehly Consortium (£2.5 billion) are the frontrunners in the battle to become the new owner of Chelsea, as their offers are the biggest. Of course, they both have fantastic and wonderful ideas for how to take Chelsea to the next level, and they both want to see the Blues succeed. However, determining who truly has Chelsea's best interests at heart is a difficult and time-consuming endeavor. According to reports, Saudi Arabia's net worth is unclear, but Mohamed Alkhereiji, the CEO of the Saudi Media Group, is worth £1.7 billion on his own. Their financial resources are sufficient to boost Chelsea's performance to the point where they are superior to their key competition in Europe's top-5 leagues. According to sources, the Saudi Media Group has pledged to make significant investments in the club and has demonstrated their ability to lure rich sponsors to Chelsea. In addition, they are expected to be the ideal owner for the Blues family since they have the ability to expand the club's popularity, which is projected to be significant. Given the amount of money spent by Newcastle United during the January transfer window, the Saudi Media Group has the financial means to take Chelsea to the next level. According to reports, the Boehly's group will give Chelsea with long-term funding for a variety of projects, including the reconstruction of the club's Stamford Bridge stadium, its academy, and its women's soccer team. They have a combined net wealth of £8.9 billion and are both Americans, which means Chelsea will have no difficulty dealing with the British government, the UEFA World Cup, the Premier League, or the Football Association. According to several sources, Boehly has pledged to compete with the likes of Real Madrid, Paris Saint-Germain, Manchester City, and Liverpool in Europe's top-5 leagues in terms of spending heavily during the transfer window, as well as in the Champions League. Due to the fact that he is not an American citizen, Roman Abramovich has run into difficulties with the United Kingdom's government. As a result, with new owners Todd Boehly and the Hansjörg Wyss group in place, the West London club is still in good hands. To summarize, the Saudi Media Group will be the finest owner for Chelsea because Saudi Arabians have a history of making significant investments in sports. Mohamed Alkhereiji and the Media Group have vowed to acquire better sponsors, to renovate Stamford Bridge, and to sign marquee names in football. Chelsea manager Thomas Tuchel is anticipated to sign any players of his choosing under the sponsorship of the Saudi Media Group, as Mohamed Alkhereiji is a Chelsea supporter who wants to see the club reach the pinnacle of world football.

Who should be the next owner of Chelsea? Should it be Saudi Media or Todd Boehly?