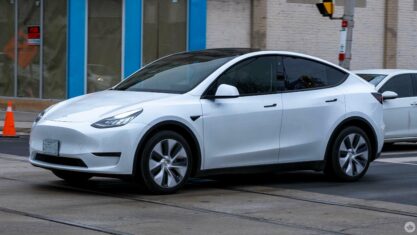 Transport Canada received a total of 171 consumer complaints regarding the performance of heating systems in Tesla Model 3 and Model Y vehicles after the agency opened an investigation into Tesla heat pump issues in January.

According to a report from Teslarati, the complaints included concerns about heating, ventilation, and air conditioning (HVAC) system performance during cold weather conditions. Transport Canada is primarily concerned with how the HVAC performance may impact windshield defogging and defrosting, and driver visibility. The agency has not issued an official recall yet.

Transport Canada told Teslarati it informed Tesla of the investigation and that "communication is ongoing."

The agency started investigating heating issues with the Tesla Model 3 and Model Y in mid-January after several Tesla owners reported problems earlier in the month.

Transport Canada encourages anyone who has experienced heating issues with their Tesla Model 3 or Model Y to contact them at 1-800-333-0510 or by filling out this defect complaint form.