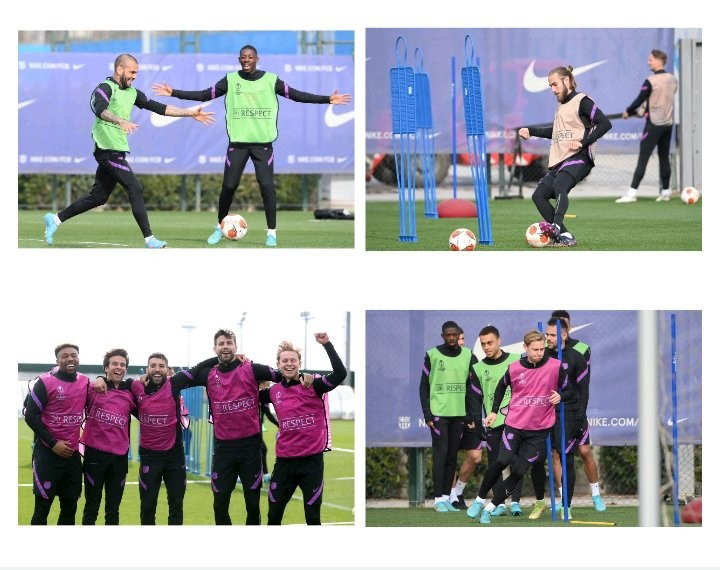 Barcelona will be seeking to take one step closer to the next phase of the UEFA Europa League when they welcome Napoli to Camp Nou in the first leg of the two-legged encounter. Barcelona will be going into the UEFA Europa League game against Napoli on Thursday without the services of some of their key players who have been ruled out of the game due to injury.

Ansu Fati is still nursing the injury he picked up a few weeks ago and he will not be available for the game on Thursday.

Sergio Roberto and Samuel Umtiti are still in the treatment room for the injuries they picked up a few weeks ago.

Memphis Depay will also miss the game due to the injury he picked up a few weeks ago in the Spanish Laliga.

Ronald Araujo will also miss the game due to the injury he sustained against Espanyol last weekend.

Barcelona players completed their final training session on Wednesday at the club's facility, where the team was involved in tactical and physical drills in the final build-up to the game against Napoli.