Spanish giants FC Barcelona have taken to social media late on Monday, to unveil a piece of footage which will no doubt bring a collective smile to the faces of the club’s fanbase.

The central figure in the clip in question? Adama Traore.

Wide-man Traore – who spent the early years of his career developing in Barca’s famed La Masia academy – of course secured something of a surprise move back to Catalunya this past Saturday.

After being hotly tipped to link up with Antonio Conte’s Tottenham throughout the winter window, the 26-year-old ultimately came to the decision to seal a return to his home country, with the Blaugrana.

Traore put pen to paper on a loan deal through the remainder of the campaign, with the transfer team at the Camp Nou understood to boast an option to make the transfer permanent in the summer for a fee of around 30 million euros.

And now, as alluded to above, the social media team at Barcelona have unveiled a first-look at Traore reacquainting himself with his surroundings in the Catalan capital.

In a pair of Twitter posts, the Blaugrana first revealed footage of the Spaniard being greeted by new boss Xavi Hernandez, before Traore can be seen making his way out onto the training pitches for the first time:

Turning attentions back towards the transfer front at Barcelona, one more high-profile addition to Xavi’s ranks is of course expected to be made official before the winter window slams shut late on Monday night.

The player set to join Traore at the Camp Nou? Arsenal’s Pierre-Emerick Aubameyang.

After a breakthrough in negotiations earlier this evening, Gabonese hitman Auba will link up with the Blaugrana on a free transfer, following the termination of his contract in north London: 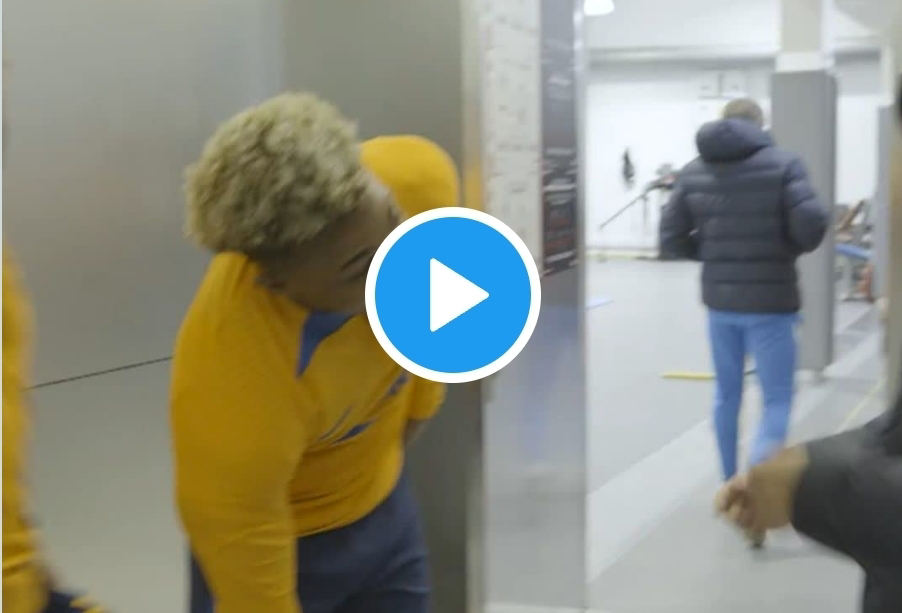