Pierre-Emerick Aubameyang loves the Mestalla despite it not being his stadium. The Gabonese, who scored a hat-trick on his last visit, got his second goal of the afternoon before the interval.

This time it was Gavi who assisted in Barca's third goal after Aubameyang had scored the first and Frenkie de Jong the second.

Dembele played a one-two with Dest, who left the ball off to Gavi to his right. He had got away from his marker and looked up.

Unopposed, Gavi put a cross into the six yard box where Aubameyang was all on his own to make it 0-3.

The VAR checked a possible Aubameyang offside. On the first angle it looked clearly off, but the second one proved he was not and the goal stood. 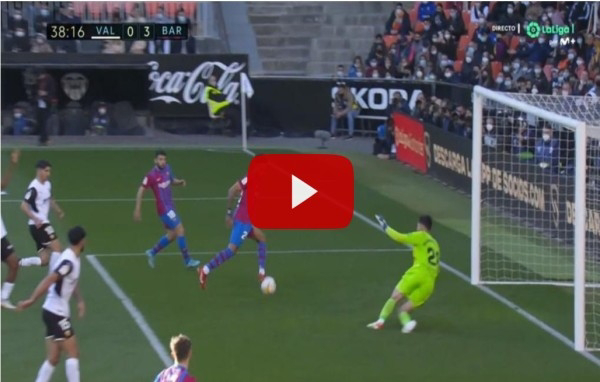