The way in which Carlo Ancelotti celebrated Real Madrid’s second goal against Barcelona in the Spanish Super Cup semi-final spoke of how important he believed it to be. 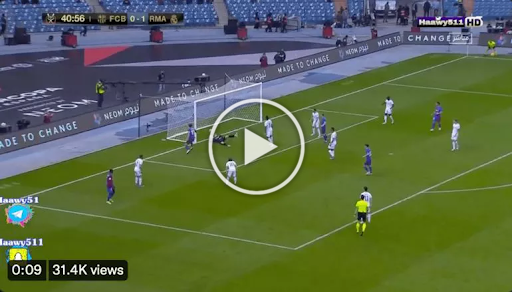 Karim Benzema found the net with 19 minutes to go, against the run of play after Barca bossed the second half.

It had been a complete turnaround from the first 45 when Los Blancos threatened to run away with it, but were wasteful in front of goal.

Vinicius Jr. had given them a deserved lead, but the all whites were pegged back just before half-time thanks to a scrappy goal from Luuk de Jong.

The Catalans had kept Real on the back foot after the break, but a swift counter ended with the Frenchman tucking home after Marc-Andre ter Steven’s parried save had seen the ball fall at his feet.

Ancelotti went into fist-pumping celebration on the sideline, knowing that such an advantage at a late stage puts Real in the box seat for progression into Sunday’s final.

Second time lucky in a dangerous move that piled on the pressure… ?#ElClasico pic.twitter.com/XwjbKx1mgB